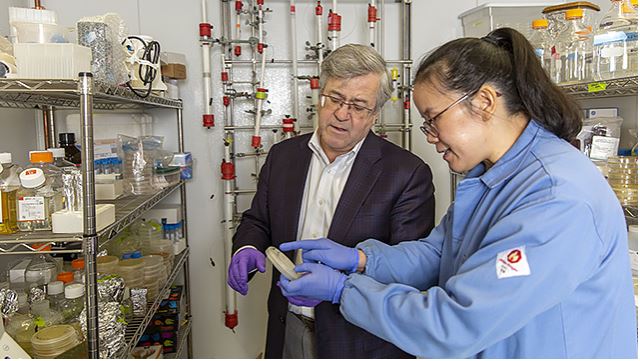 Cancer could be killed with a dose of arsenic poison, a renowned physician has claimed.

Arsenic, which is known to have killed many a human being back in the olden days when it was used as a poison, is usually associated with an increased risk of cancer if we are exposed to it.

However, one scientist, namely Tom O’Halloran, an expert on inorganic compounds, believes it could be used more broadly to kill cancer.

While low doses of arsenic trioxide have already shown a 95 per cent remission rate in acute promyelocytic leukemia (a type of blood cancer) O’Halloran says arsenic can also shut down the growth of other cancers as well, such as solid tumours in the breast, lung and ovaries.

“What limits arsenic’s broader application in cancer is its toxicity,” O’Halloran explained. “So, we asked whether we could control that toxicity but still allow its destructive effects to manifest only in cancer cells.”

To do this, O’Halloran and his team put insoluble particles of arsenic into a liposome, a tiny droplet of fat about one-hundredth the width of a human hair, creating what they called a “nanobin”. These nanobins, when injected into the bloodstream, release arsenic only once they reach cancer cells and thus healthy cells remain unscathed.

“The cancer tumors start collecting the nanobins in ways that normal tissue doesn’t, building up the concentration of these arsenic-loaded liposomes in the tumor,” O’Halloran explained.