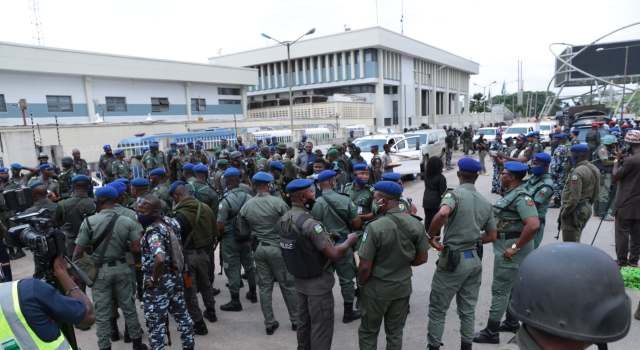 The office of the Independent National Electoral Commission (INEC) located in Benin along Ramat Park has been taken over by security operatives as the governorship election commenced in the state.

Reports say that there was heavy presence of security personnel at the Benin City office of INEC which moved its officials back to the premises after vacating the building to a rented apartment along Sapele Road as a result of flooding.

The premises of INEC is guarded by gun-wielding policeman and soldiers while two Armoured Personnel Carriers (APCs) were stationed before and after the office.

Vehicular movement was also diverted from the INEC office to follow one lane away from the building.

INEC STAFF TO ELECTORATE: No face mask, no voting