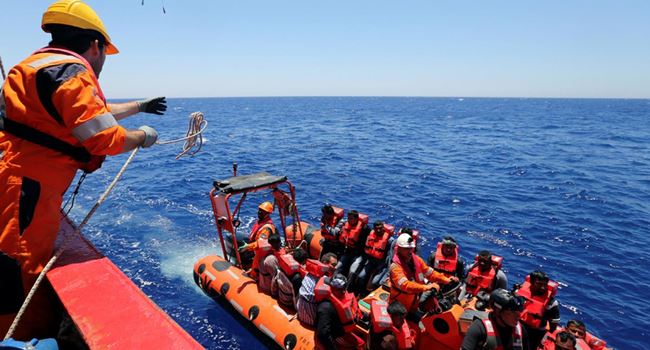 Security operatives have thwarted an attempt by about 150 migrants to cross into Spain’s Melilla enclave in the early hours of Tuesday, from neighbouring Morocco.

According to officials, the incident left nine Guardia Civil police officers slightly injured, as a result of “the violence used by the migrants who were said to be carrying sticks and throwing stones.

In a statement on Tuesday, the Spanish government delegation in the enclave said the incident took place before dawn at around 5:15 am, although none of the migrants got into Melilla.

“They tried to get in by running along the Dique Sur breakwater in Melilla port that marks the frontier but was stopped by Spanish police officers with help from their Moroccan counterparts.

“Most of them were sub-Saharan Africans although there were also Moroccans among them,” the statement read.

Meanwhile, Spain’s two tiny enclaves of Ceuta and Melilla have Europe’s only land border with Africa, making them a magnet for migrants desperate to escape grinding poverty and hunger.

It would be recalled that last month, Spain was caught off guard when about 10,000 people surged into Ceuta as Moroccan border guards looked the other way.

Although most of them were sent back, officials late last week, said about 2,000 were still in the enclave, while three-quarters of them were unaccompanied minors.

The incident occurred during a diplomatic crisis between Spain and Morocco over the presence of the ailing leader of Western Sahara’s independence movement at a Spanish hospital.

Although the Polisario leader left Spain on June 2, diplomatic relations have remained tense.

Last week, the European Parliament passed a resolution rejecting Morocco’s use of border control and migration, and unaccompanied minors in particular, as political pressure against Spain.