SELF-DEFENCE: FG reminds Danjuma of Civil War motto, ‘To keep Nigeria one is a task that must be done’ 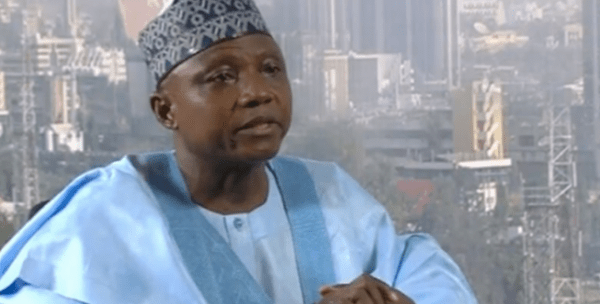 The Presidency Saturday responded to a call made by a former army chief, Theophilus Danjuma urging Nigerians to defend themselves against herdsmen attacks citing collusion of the armed forces.

Danjuma said Nigerians were being killed because the armed forces were “not neutral”.

He said security forces instead helped the assailants by providing them with cover.

“The armed forces are not neutral,” Danjuma said at the maiden convocation of the Taraba State University in Jalingo, the state capital. “They collude with the armed bandits to kill people, kill Nigerians.”

The federal government and the military earlier dismissed the call as “inflammatory” and urged Nigerians to disregard them.

In its first official response, a week after the remarks were made, the Presidency said Danjuma’s comments were “shocking and scary” and could embolden “criminal gangs”.

“The Presidency is very worried that criminal gangs will feel justified in defying legal governing and democratic institutions, and authority of legitimately elected democratic government if unrestrained pronouncements are made,” a statement by spokesman Garba Shehu said.

“Silence can be dignified, but sometimes it can be misinterpreted and exploited. It is both shocking and scary to hear the recent comments by a senior citizen calling for Nigerians to defend themselves.”

Read also: ‘Our state of national security is not as bad as it is painted by the media’- Security Chiefs

The statement warned that Nigeria may not survive if its citizens rose against the country’s “organized, trained and equipped military”.

“We advise former leaders to take advantage of the various fora where people with a history of national security can offer advice to the government without resorting to the exploitation of emotional sentiments.

“The civil war motto: “TO KEEP NIGERIA ONE IS A TASK THAT MUST BE DONE” rings very timely at this time in our nation’s history. We must be careful to avoid the mess that destroyed other African countries like Somalia,” it added.

The statement did not however directly mention Danjuma.

‘Lies. Ignore. No such thing’, Saraki denies report he’s running for president in 2019