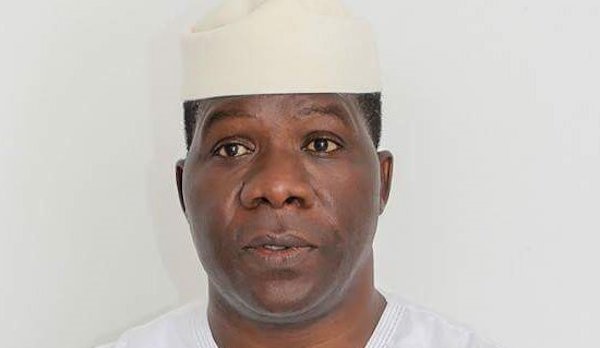 A lawmaker who also contested in the recently-held All Progressives Congress (APC) Governorship primary in Ekiti State, Sen. Opeyemi Bamidele, has criticised the discrepancies and manipulations that trailed the exercise.

Bamidele made this assertion on Sunday in a message, entitled: “Thank You All and I Urge You to Stand Firm on Your Feet for It is no Longer About An Individual Aspiration, But Our Collective Ambition to Liberate Ekiti and Make Her Light Shine Again.”

In the aftermath, Bamidele stated that the election result was a fait accompli based on concocted and fictitious vote counts.

The statement read, “A critical assessment of our campaign strategy showed that we positively reached out to our people in all nooks and crannies of Ekiti to push our progressive message.

“I had no doubt in my mind that we were coasting to victory had the process been transparent and fair.

“It is public knowledge that no primary election took place on Thursday, Jan. 27, but yet, rather results were announced based on concocted and fictitious vote counts.

“But we will remain resolute, strong, focused, and faithful in the face of this impunity, total lack of regard for the due electoral process as well as executive rascality by a chosen few, who were elected to represent the interests of Ekiti people,” Bamidele said.

According to him, the level of manipulation resulted in his accrual of over 700 votes in a statewide gubernatorial primary election where he had scored more than 90,000 votes in just one out of three Senatorial Districts to emerge as a Senator.

Bamidele said, “more specifically, the breakdown of the votes allotted to me indicated that I got 150 votes in Ado-Ekiti, my beloved second home where I had recorded 28,000 votes out of the 42,000 votes that gave me the House of Representatives mandate way back in 2011 to represent Ado/Irepodun-Ifelodun Federal Constituency.”

Nonetheless, the lawmaker lauded the residents for spending their time and resources towards ensuring a fair exercise.

He said, “I most specially, appreciate your acts of selfless service, commitment of resources, time, and efforts to ensure victory for us at the primary.

“Dear Compatriots and Stakeholders, to begin with, I will like to give thanks to God Almighty for His grace and fortitude that has brought us this far in our political journey together.

“In working together, let us please not rely on our strength or wisdom, but on the wisdom and grace of God, drawing strength from the Holy Bible scripture as contained in 2 Chronicles: 20-12, which says, “We Do Not Know What to Do, but Our Eye are on God.

“In the spirit of togetherness, shall we run through this and make a statement for justice. Certainly, also, we shall celebrate at the end of it all by the special grace of God. I thank you all.”