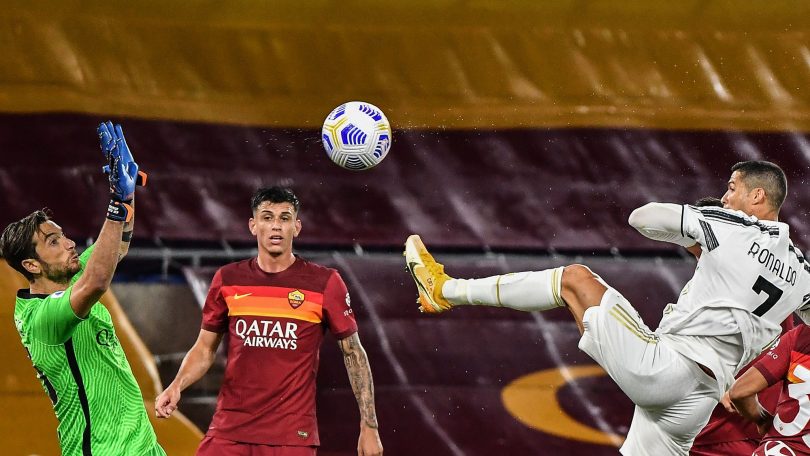 Cristiano Ronaldo scored two times for Juventus to help the side secure a point after a 2-2 draw at AS Roma in the Serie A.

The goals brought the Portugal striker to a new landmark, as his goal tally is now 450 in his career.

Roma were on the lead in the 33rd minute through Jordan Veretout’s penalty, before Ronaldo leveled. But the hosts went ahead again at the stroke of halftime as Veretout scored again.

Juve were then reduced to 10 men after Adrien Rabiot was sent off for the visitors for a second bookable offence, but Ronaldo salvaged a point with a towering header from Danilo’s cross.

The 21-year-old, who joined the Italian giants this season, made his debut as a substitute in their opening game of the season last weekend, but played for 90mins on Sunday.

Meanwhile, Super Eagles forward, Simy Nwankwo struggled to help his club Crotone as they fell to a 2-0 defeat against AC Milan.