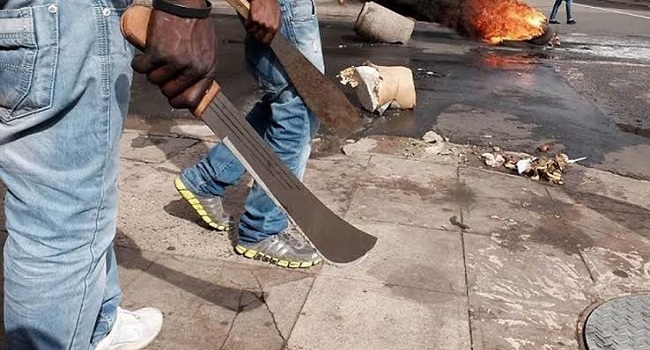 There was tension in Asaba, the Delta State capital on Tuesday, following the alleged killing of six suspected cultists, in what seemed a reprisal attack.

Ripples Nigeria learnt that the six dead persons, including a 67-year-old surveyor, Ifeanyi Nwokobia, were killed between 6 pm on Monday, and 7 am on Tuesday, while one of the six persons was beheaded.

However, this came after a former Chairman of Nigeria Union of Local Government Employees (NULGE) was shot dead on Monday morning in Asaba.

According to residents, Nwokobia was killed in his house at Umuagu, opposite the Stephen Keshi Stadium around 6 pm, while five yet-to-be identified others were killed in different locations in the state capital in a reprisal attack.

Read also: Two dead in another cult clash in Kwara

The source who pleaded anonymity, told newsmen that the head of the beheaded person was found at the Oshimili South Local Government junction early Tuesday morning while his body was dropped at the Otuagu area of Asaba.

When contacted, the acting Police Public Relations Officer, PPRO in the State, DSP Bright Edafe, confirmed the development but said he was only aware of three deaths.

He said: “The piece of information we have here confirms three killed and it is about a cult-related matter. The police are on the situation.”

Related Topics:Asabacult clash
Up Next