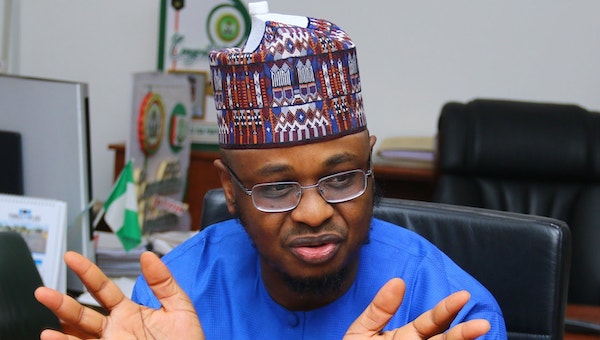 The Senior Special Assistant to the President on Media and Publicity, Garba Shehu, was again a subject of discussion on social media on Saturday morning.

Shehu made the insinuations on live television on Friday night while he was speaking about the controversies trailing Dr Isa Pantami, Nigeria’s Communications Minister.

He stated that those who criticized and were unwilling to forgive comments made by the embattled Minister in the past were the real problems of Nigeria.

“If Pantami had forged a certificate before coming into office, the attitude (of the presidency) would have been different,” he said, maintaining that the minister is now a changed person.

“We don’t remain in the same position. Don’t assume that things cannot change. If the one who created you gives it to you that from being bad, you can become good, what says you should deny some other person this right?

Nigerians went on to analyze his statements by recalling the case of former Minister of Finance, Dr. Kemi Adeosun, who was forced to resign over alleged forgery of her National Youth Service Corps (NYSC) Certificate.

See reactions by Nigerians below:

Imagine Garba Shehu, a spokesman to the president, saying that former Finance Minister Kemi Adeosun crime was greater than Isa Pantami. So forgery is greater than terrorism according to Al Qaeda people's Congress 🤦‍♀️. It shall never be well with Lugard! DISINTEGRATION is key!!!

Forgery is greater than terrorism. In order to justify Pantami's past actions, the lousy Garba Shehu goofed. This is the new Nigeria where forgery pose a threat to National unity than terrorism.

According to Garba Shehu, it's about forgiving people's past mistakes & crimes, Kidnapper Evans has been in the prison & has on national TV shown remorse for his past deeds, Pls When is Buhari releasing him?

Just as pantanmi, Evans has changed too;

According to Garba Shehu, it's about forgiving people's past mistakes & crimes, Kidnapper Evans has been in the prison & has on national TV shown remorse for his past deeds, Pls When is Buhari releasing him?

Just as pantanmi, Evans has changed too;

Baba is standing firmly with Al-Qaeda. 🤣

If you are from the southwest, and you have sense, you will see what Garba Shehu is doing, making Kemi's wrongdoing sound worse than terrorism.

Get your sense and acts together, even you from the BMC reading this.

Social media users also mourned the death of three of the abducted students of Greenfield University, who were reportedly found dead in Kwanan Bature village, a location close to the university.

The murdered students were among the lots kidnapped by armed bandits who invaded the institution located at Kasarami village off Kaduna-Abuja Road in Chikun local government area of Kaduna State on Tuesday.

See how Nigerians reacted to the sad development:

Three of the students abducted from Greenfield University, Kaduna have been killed.
No word from the CSO or commander in chief.
The Nigerian government is busy standing by terrorist sympathisers while citizens are being killed by terrorists.

The only crime those students of Greenfield University, Kaduna committed is that they are Nigerians schooling in Nigeria.

The news of their death after being abducted is devastating. Nigeria failed them.

When will this madness stop?!

May their souls Rest In Peace.

Sad part about the gruesome murder of the 2 Greenfield University students is that the killers would become 'repentant terrorists', get fed and clothed by the government. In few years, the terrorists will become Governors and Ministers — 'they have apologized and grown up'.

I’m so sorry to hear this Yamai. My deepest condolences!

He asked for answers, not condolences.