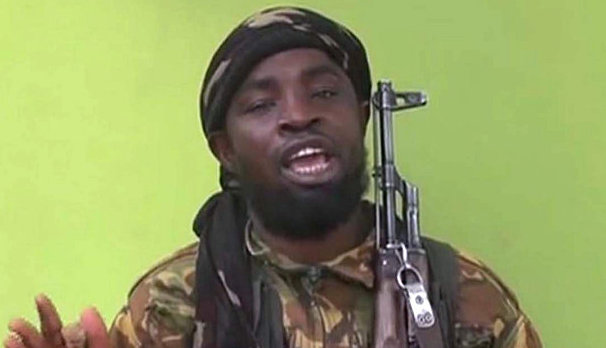 Conversations on social media on Thursday were centered around controversial issues of national interest, with #EndSARS protesters also hinting on a possible second wave of protests.

#EndSARS protesters plan to launch another protest against police brutality, extrajudicial killings, bad governance and other vices bedeviling the nation on Friday, 13 November 2020.

The planned protest, which, according to the promoters, would take the form of a street-to-street match, is coming 24 days after the Lekki Toll Gate shooting of unarmed protesters by military personnel.

The #EndPoliceBrutalityinNigeriaNow and #LekkiMassacre hashtags were also spotted alongside “#Street2Street”.

Shortly after the #LekkiMassacre, internet speeds in Lekki slowed to a crawl across networks. Can’t forget.

DJ SWITCH DID NOT MAKE ALLEGATIONS. SHE STREAMED THE SHOOTING ON INSTAGRAM LIVE.

On Thursday, the Nigerian Army announced that they had launched a fresh manhunt for Boko Haram leader, Abubakar Shekau, and 84 other terrorists.

The news sparked major controversies on Twitter as Nigerians accused the army of falsely claiming that the Sect’s leader was dead on countless occasions in the past.

Many also doubted the possibility of a positive outcome from the exercise.

Between 2009 and 2016 alone,
Govt had declared Shekau dead 4 times and “fatally wounded” once.

Today in 2020, the Nigerian Army made posters, rented canopy and called DJ Sambisa to announce they are “looking for” Shekau.

Why is Shekau trending???? Army don kill that guy like 17times in 3 years…Dolph Lundgren sef nor stubborn reach like this

Maybe Shekau will finally die after the 9th time.

Even angel of death is tired of shekau.

Everybody should chill Agent fashola will soon find out d location of shekau. pic.twitter.com/XVTSVjHYn8

The North-Western state trended for two reasons. First, Twitter users addressed the reports of bandits restricting farmers in the state from harvesting without payment, and second was over Governor Ifeanyi Okowa’s uttrances against the Federal government for allegedly allowing Zamfara government to manage the gold reserves in the area, which the Delta governor said was against the Nigerian law.

In places like Zamfara State and Katsina State, farmers have to pay bandits before they can be allowed to harvest their crops.

This is the reality of Nigerian citizens. Under hostage by terrorist and bandits while the govt hunts and arrests peaceful protesters. pic.twitter.com/bOWtGJNoAg

Bandits in Zamfara and some North Western States reportedly collecting Tax or VAT from peasant farmers to permit them to farm should be seriously tackled.

…and you wonder why the spike in price of food stuff?

This is what farmers in Zamfara go through daily, but what do our government do? Discuss social media bill.

The gold in Zamfara belongs to Zamfara, but the oil in the South belongs to Nigeria – how very convenient.

With Federal Universities still on lock and keys amid the 9 month-old strike action by lecturers, Twitter Nigeria dug out an old tweet made by the President’s Personal Assistant on New Media, Ahmad Bashir, where he stated that President Muhammadu Buhari would prioritize the educational sector during his second tenure.

Mr. Bashir was called out to reconcile the statement with the current situation of education in the country.

You think ASUU or the politicians care about our education?

If ASUU will waste 100 years on strike,politicians won't be bothered cus their children ain't studying here,

Is time to man up and hustle, start a little business and stop waiting for Asuu to call off the strike.

Bashir Ahmad is really getting a difficult trade on his hand. Covering Buhari's failure is like trying to say Nigeria is far better than US, to induce an individual, you will really sudor.

Nigerians joined neighbouring country, Ghana, to mourn the death of former Ghanaian president, Jerry John Rawlings, who was reported to have died of COVID-19 related complications in Accra, Ghana at age 73.

The ex-military leader ruled the country from 1981-2001 within which he launched an anti-corruption campaign that eliminated corrupt elements in the country.

Rawlings was described as one of Africa’s most respected icons.

RIP To The Greatest Ghanaian President Ever JJ Rawlings!???

Rest in Peace Jerry Rawlings. The man who changed the face of Ghanaian democracy and put Ghana on the world's economic and political map, which was nowhere before. Shalom pic.twitter.com/oSmzYoMxda

Here is a word from former Ghanaian President, Jerry Rawlings.

‘Without truth we cannot get justice’

He reportedly died today of COVID-19 complications at the age of 73.
pic.twitter.com/oWaMeIRgxq