Home » Sports » South Africa through as 24 teams to battle for 2019 AFCON title confirmed! 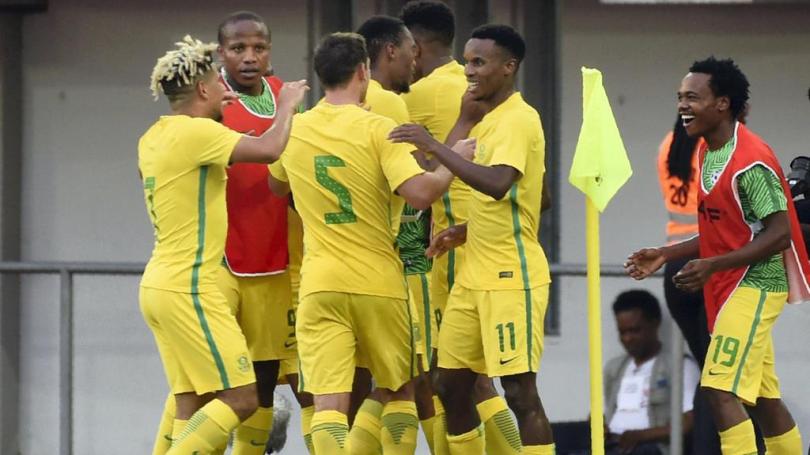 South Africa have beaten Libya in their final Group E game of the 2019 Africa Cup of Nations (AFCON) qualifiers on Sunday.

With the victory, the Bafana Bafana sealed their qualification for the continental tournament billed to be hosted by Egypt in June.

Libya, who needed a win to seal second spot in the group behind winners Nigeria, were beaten 2-1 by their visitors.

Bafana needed to avoid defeat, and Percy Tau got his side ahead 4 minutes into the second half, before Ahmad Benali leveled from the penalty spot on 65 minutes.

Tau scored the winning goal – his second in the 68th minute to seal victory in Sfax, Tunisia, where the game was played.

Read Also: Tanzania qualify for first AFCON in 39years, with Amuneke in charge

The 24 teams that will battle for the trophy in Egypt are now known as the qualifying campaign wraps up. The teams include:

The 24 participants in the 2019 Africa Cup of Nations are finally revealed, did your country qualify to the 32nd edition? #TotalAFCON2019 pic.twitter.com/9dLxprwkQF