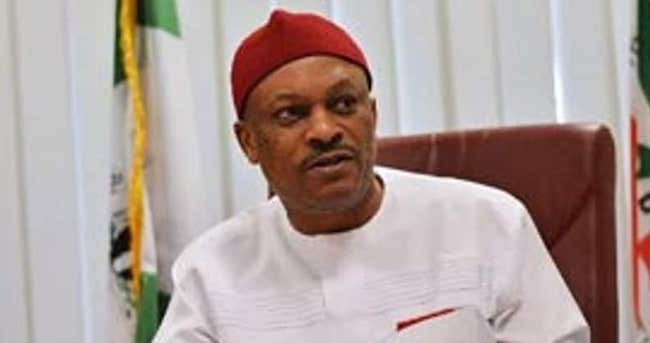 Ahead of the national convention of the Peoples Democratic Party (PDP) stakeholders of the party in the South-East region have unanimously nominated Senator Samuel Anyanwu as its consensus candidate for the post of the party’s National Secretary.

The development was disclosed by the National Vice Chairman of the party in the South-East Zone, Chief Ali Odefa, at the end of the party’s zonal caucus meeting in Enugu on Friday.

According to Odefa, the nomination of Anyanwu has proven that PDP in the South-East is more than prepared for the task ahead, to reclaim power at the centre in 2023.

He said: “The Peoples Democratic Party (PDP) South-East zone has once again displayed its maturity and readiness to reclaim all its stolen mandates in the zone through the peaceful and united manner in which the zone arrived at a consensus in nominating an illustrious son of the zone, Sen. Samuel Nnaemeka Anyanwu (Sam Daddy) as the zone’s sole candidate for the position of National Secretary of our great party ahead of our national convention.

“The PDP in the Southeast by this honourable and uniting act has once again put its detractors who thought that the fortunes of the party will be destabilized by the ceding of the plum position to the zone.

“We are sincerely grateful to our leaders in the zone who despite their natural human differences have united and formed a common front in our avowed reclamation of the Southeast for our great party. Despite the desperation of political jobbers and power mongers who have adopted all manner of undemocratic moves to lure away our members, the Southeast remains a stronghold of the PDP.

“We assure our teeming members and supporters that our great party remains strong, firm, on the ground and poised for victory as the 2023 general elections approach.”

Related Topics:NigeriaPDPsouth east
Up Next