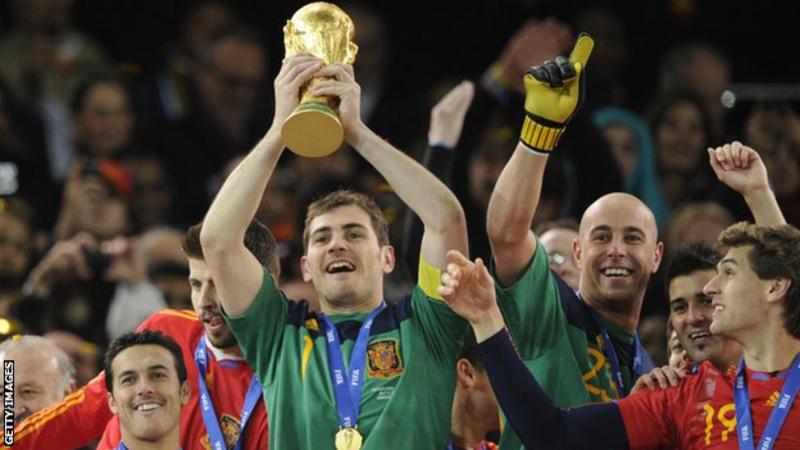 The 39-year-old, who is the second most-capped player for the Spanish national team with 167 international caps between 2000 and 2016, made the announcement on social media on Tuesday.

“The important thing is the path you travel and the people who accompany you, not the destination to which it takes you,” the World Cup winner wrote on Twitter.

“I think I can say, without hesitation, that it has been the path and the dream destination.”

Casillas joined Madrid at the age of nine, and made 725 appearances for the Spanish giants during a 16-year career at the Bernabeu, winning three Champions League titles and five La Liga crowns.

Read Also: Casillas: I will retire when Buffon does

Reacting to Casillas’ retirement, the club, in a statement on their website, described him as the best goalkeeper in the 118-year history of the club.

“Real Madrid wants to show its appreciation, admiration and love for one of the greatest legends of our club and world football,” the club wrote.

“Iker Casillas belongs to the heart of Real Madrid and will be so forever.”

The goalkeeper moved to Porto in 2015 but has not played since suffering a heart attack during training in April 2019.

During his recovery he was given a role on the club’s coaching staff in July 2019.

He made 156 appearances for the Portuguese side, winning two Primeira Liga titles and one Portuguese Cup.

On the international scene, Casillas led Spain to win the 2010 World Cup in South Africa, and two successive European Championships in 2008 and 2012.

Also, he was a member of the Spanish team that won the 1999 FIFA U-20 World Cup in Nigeria.