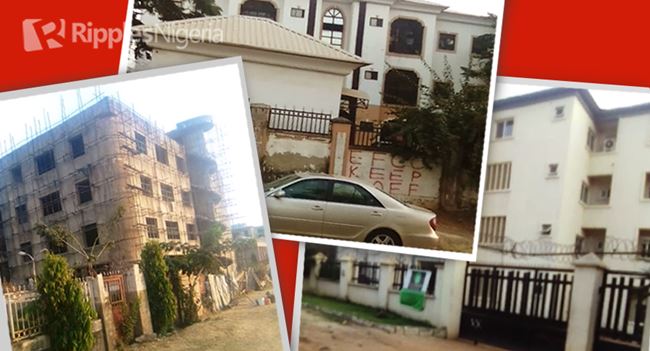 Nigerians, in the course of last week, woke up to another damning report by the international corruption watchdog, Transparency International, in its 2020 Corruption Perception Index (CPI) report, in which Nigeria was ranked 149 out 180 countries in the world.

The country was also adjudged the second most corrupt country in West Africa, only surpassed by Guinea-Bissau and the 13th most corrupt on the Aftican continent.

The 2020 CPI also showed a worsening in the nation’s corruption rating since 2015, as the Buhari administration’s best could only manage 25 points out of a possible 100.

The 2019 TI report had ranked Nigeria 146th out of the 180 countries surveyed, scoring 26 points, while in the 2018 report, the largest country in Africa ranked 144 out of 180, pointing to the fact that corruption had worsened in the country.

Despite claims to the contrary, the Nigerian Government disputes the current ranking and asserting that corruption has actually lessened under President Muhammadu Buhari.

Reacting on behalf of the presidency, Senior Special Assistant to the President on Media and Publicity, Garba Shehu, in a statement titled: “President Buhari deserves credit for diminishing corruption in public service”, claimed that some perceived “enemies of the government” were behind the low ranking of Nigeria on the corruption index released by the watchdog.

He said, among others: “In the coming days, the government’s Technical Unit on Governance Research will be providing more detailed information on the sources of the TI data.

“We are also not unaware of the characters behind the TI in Nigeria whose opposition to the Buhari administration is not hidden.

“We have repeatedly challenged TI to provide indices and statistics of its own to justify its sensational and baseless rating on Nigeria and the fight against corruption. We expect them to come clean and desist from further rehashing of old tales.”

On his part, Nigeria’s Minister of Information and Culture, Alhaji Lai Mohammed, during an interview session with some international media in London last week Friday, said that the Buhari administration was not bothered by what he called TI’s ‘baseless ranking’.

He said, “We have put in place policies and legislations that have tamed the monster called corruption…We will continue to fight corruption and we know that we are winning the war.”

According to reports, the Nigerian nation has lost in excess of $500 billion to corrupt public officials since independence, with Wikipedia putting it at $400 billion between independence and 2012.

Much as the Buhari administration has flaunted its anti-corruption credentials, it is, however, the belief of many that corruption is getting worse and happening right under the nose of President Buhari.

It would be recalled that respected Nobel Laureate, Professor Wole Soyinka, recently took a swipe at the administration, claiming that it’s anti-corruption drive had lost steam.

Curiously the nation’s seat of power, Abuja serves as a sad reminder of what corruption has been, and is, in the country.

Though Abuja is yet to completely lose its beautiful allure, a new feature has been added to the city with red-letter X, with the further inscription “EFCC UNDER INVESTIGATION.”

A drive through the city reminded this reporter of his early days in Kaduna when the then “KASUPDA X,” a red paint marking on buildings signalling an impending demolition reigned supreme in the North-West state.

The implication of the red letter X is not lost on Nigerians. It simply shows that the property and its source had come under the searchlight of the dreaded Economic and Financial Crimes Commission (EFCC) or that it had been forfeited to the Nigerian government.

Checks by our correspondent on some of the streets notably Jabi, Utako, Wuye, Jahi, Wuse, Garki, Asokoro and Maitaima, revealed that many of the properties are subject of EFCC investigation.

Abuja, the famed City on the Hills has now become the City of Red Paints or Seized Properties!

The EFCC which was established by ex-President Olusegun Obasanjo’s administration in 2003 has been unrelenting in its efforts to recover the country’s assets stolen or plundered by corrupt public officials since President Muhammadu Buhari assumed office in 2015.

A major plank of EFCC’s operations under its suspended acting chairman, Ibrahim Magu, was the seizures of landed properties believed to have been acquired with proceeds of corruption and money laundering by public officials.

Magu, who addressed journalists during one of the commission’s Town Hall meetings held in 2018 to sensitise Nigerians on the anti-graft crusade of the current administration, said 407 mansions were seized by the agency from 2015.

He added that the seized assets were handed over to the federal government for use by Ministries, Departments and Agencies (MDAs).

He said: “Hundreds of properties such as filling stations, petroleum products, land, jewellery, automobiles, real estate, vessels, hospitals, company shares and heavy machinery and broadcast equipment, have been seized from corrupt elements between 2015 and 2018.

Expectedly, Abuja has the highest number of seized properties worth several billions of Naira. These include residential buildings, office complexes, shopping malls, filling stations and empty plots of land.

Prominent former public officials whose properties were seized by EFCC in Abuja include:

Mohammed is the Governor of Bauchi State.

He was also a former Minister of the Federal Capital Territory and was arraigned by EFCC for alleged money laundering before he emerged governor in 2019.

The commission seized about 14 properties worth several billions of Naira including one mansion located at Sunrise Estate, Asokoro, Abuja; and three sets of four-bedroom semi-detached duplex at Green Acres Estate, Apo-Dutse, Abuja, from the governor.

Momoh was a former Managing Director of the Pipelines and Products Marketing Company (PPMC), a subsidiary of the Nigerian National Petroleum Corporation (NNPC).

He also had two mansions temporarily seized by the anti-graft agency in Maitama district, Abuja.

The late Badeh was Nigeria’s former Chief of Air Staff. He was later appointed the Chief of Defence Staff by former President Goodluck Jonathan in 2014.

The ex-CDS was arraigned by EFCC for allegedly laundering N3.9 billion belonging to the Nigerian Air Force before he was killed in 2018 by unknown assailants in Nasarawa State.

Assets seized by EFCC from Badeh included shopping complex worth billions of Naira, a N1.1 billion 13- bedroom duplex on Ogun River Street, Maitama, and another mansion in Asokoro.

Others are mansions the late CDS allegedly bought for his sons in the Wuse II area of Abuja and the $1 million allegedly found in a wardrobe at his Maitama, Abuja, mansion.

Mrs. Ngozi Juliet Olejeme was the Chairperson of the Board of the Nigeria Social Insurance Trust Fund (NSITF). She was accused by the EFCC of diverting public funds in NSITF between 2009 and 2015.

The commission also claimed Olejeme acquired several landed properties with funds diverted from the agency. The EFCC secured the permanent forfeiture of 46 properties located in Abuja, Bayelsa and Delta through an order from the Federal High Court, Abuja.

One of the properties in Abuja is identified as No 2 Kainji Crescent, Off Lake Chad Crescent, Maitama, Abuja (also known as Plot 738 Cadastral Zone AO5, Maitama, Abuja, which she acquired in 2012 at N1.3 billion.

Adigun was the Nigerian Air Force Director of Finance. He was arraigned by the EFCC for alleged corruption and money laundering.
The commission had since secured an order of temporary forfeiture of 12 land properties acquired by the ex-NAF chief from the Federal High Court, Lagos.

It is unknown if the markings were removed by the anti-graft agency or the owners of the buildings.

Also, it is not clear if the markings were removed by a court order or not. One of such buildings is the imposing Orji Uzor Kalu House in the Central Area of Abuja.

Although the ex-Abia State governor’s conviction for fraud and money laundering had been quashed by the Court of Appeal, no court has sanctioned the return of his seized properties.

In a bid to save billions of naira spent annually on rents by the federal government, the EFCC on July 17, 2019, handed over one of the properties seized from Badeh to the Voice of Nigeria (VON) to use as its new headquarters in Abuja.

The commission also handed over a 13-bedroom one-storey building seized from the ex-CDS to the North East Development Commission (NEDC) for its operations on August 9, 2019.

Despite the handover of these properties to MDAs for use, a higher percentage of the seized properties are wasting away due to non-usage.

Although some of the properties such as plazas, malls and office buildings are being utilized, many of the residential buildings are in deplorable conditions.