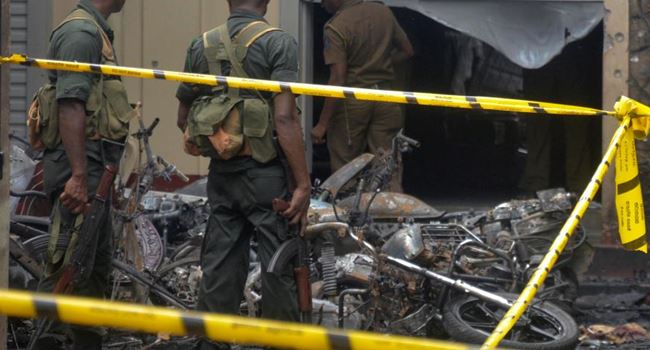 Death toll from the series of explosions that rocked churches and hotels in Sri Lanka on Easter Sunday has risen to almost 300.

According to Aljazeera, the blasts which targeted four hotels, including the Shangri-La, Kingsbury and the Cinnamon Grand in the capital Colombo has left more than 500 people injured in the worst attack since the end of the civil war a decade ago.

It was gathered that authorities lifted a curfew that was in place overnight following the bombings. The streets in the capital, Colombo, were mostly isolated on Monday morning, with most shops closed and a heavy distribution of soldiers and police.

It was also learnt that Police have arrested at least 24 people in connection to Sunday’s bombings.

Police spokesperson Ruwan Gunasekara said that the individuals arrested, all locals, were being questioned by the Criminal Investigations Department.

However, Sri Lankan Prime Minister Ranil Wickremesinghe acknowledged that information was on ground about possible attacks before bomb blasts ripped through churches and hotels in Colombo and two other towns.