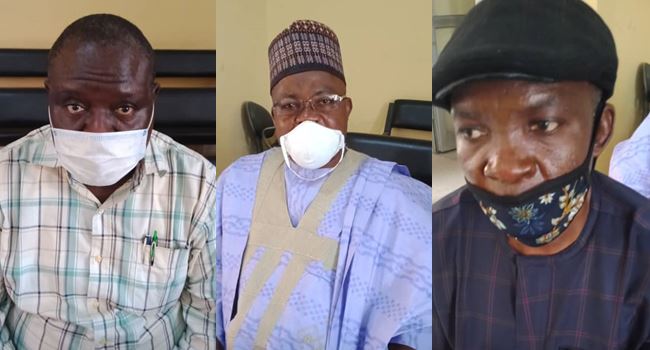 Jedua Ahmed Dawud, a serving member of Taraba State House of Assembly, and two council chairmen in the state, Oliver Wubon and Joseph Danladi John were on Monday arraigned in court over alleged N104 million fraud.

The alleged offences run contrary to Sections 96, 315 and 366 of the Penal Code of Taraba State and punishable under Section 315 of the same law.

The first defendant, Dawud is currently a serving member of Taraba House of Assembly, representing Sardauna Local Government Area of the state, while the second and third defendant, Wubon and John are current chairmen of Sardauna and Kurmi local government areas, respectively.

They all pleaded not guilty to the charges, upon which prosecution counsel, Abubakar Aliyu applied for a trial date.

Justice Agya granted bail to the defendants in the sum of N2 million and one surety each. The surety, the judge said must either be a Taraba State House of Assembly member, a commissioner in State Executive Council (SEC) or a permanent secretary. Each surety must swear to an affidavit of means of livelihood and deposit their two recent passport photographs.