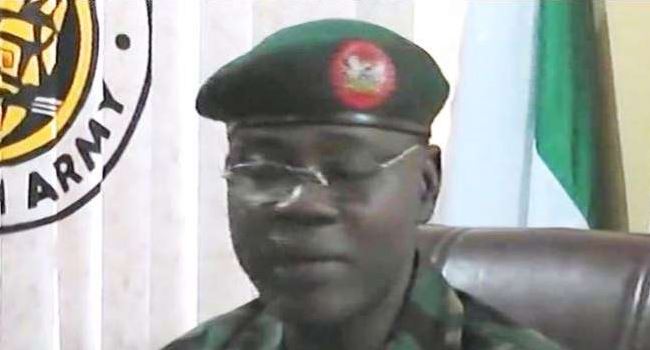 Yahaya made the appeal on Saturday, in Maiduguri, the Borno State capital, during a luncheon he hosted for jounalists in Maiduguri.

He stated that the army recognised and appreciated the role of the media in enhancing operations and other activities.

He said: “The media is indeed one of the lines of operations alternative to kinetic operations.

“That media non-kenetic line of operations is very essential that could be harnessed to among other things increase public awareness and persuasions geared towards appealing to the conscience of the masses from which terrorists often draw their recruits and support.

“The masses are also often exposed to mischievous media messages and propaganda from terrorist groups which our media could effectively counter when well deployed.

“I therefore urge the media not to relent in that effort as the contemporary challenges facing our country requires military-media cooperation of the highest standards.

“Consequently, I charge you all to continue to be our partners in this fight against insurgency by effectively deploying your professional skills and competences in support of our operations and for the good of our beloved country.”

While stressing the need for constant interaction between the military and media for better understanding and synergy, the theater commander urged the media to deny terrorists publicity.

According to him, the needed synergy with media and other stakeholders was in line with the Chief of Army Staff vision of “A Nigerian Army that is repositioned to professionally defeat all adversary in a joint environment”.