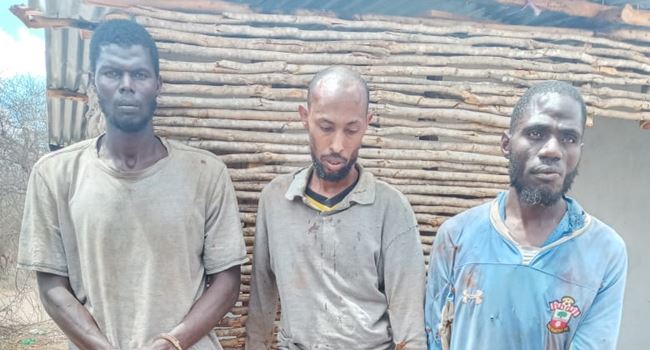 The three convicted terrorists who escaped from a maximum-security prison in Nairobi, Kenya, on Monday, have been recaptured.

The three convicts were arrested on Thursday in Kitui County, central Kenya, after residents reported suspicious-looking people to the local authorities.

The three convicts included Musharaf Abdalla, who was convicted of attempting to attack the Kenyan parliament in 2012, Joseph Juma Odhiambo, who was arrested in 2019 at the border between Kenya and Somalia for planning to join the Somali terror group al-Shabab and Mohamed Ali Abikar, who was convicted for his role in al-Shabab’s attack on Garissa University in April 2015, where 148 people, most of them students, were killed.

Kenyan media reports that the three men were arrested while trying to escape to Somalia and were asking people for directions to Garissa.

The Kenyan police had described all three escapees as “dangerous” and offered a 60 million Kenyan shilling ($535,240) reward for information that could lead to their recapture.

Before their escape, the three men were housed with more ordinary criminals inside Kamiti prison.

The daring jail break had prompted President Uhuru Kenyatta to sack the country’s prisons boss Wycliffe Ogallo, eight staff of the prison service were arraigned on Tuesday over their role in the escape.

Related Topics:al-shababKenyan maximum prison
Up Next