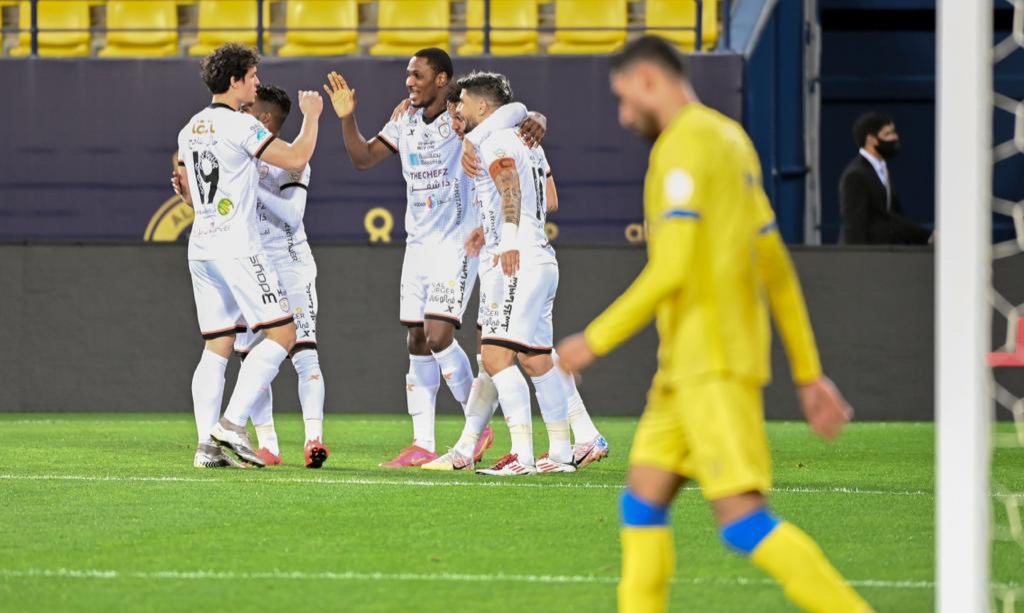 Nigerian striker, Odion Ighalo has opened his goal account at Saudi club, Al Shabab in their 4-0 away win against Al Nassr on Saturday night.

Ighalo, who switched to the Saudi topflight club after a year-long loan stay at Manchester United, fired home deep into stoppage time from a Ever Banega assist.

31-year-old Ighalo made the move to Saudi from Chinese Super League outfit Shanghai Shenhua and made his debut against Al Raed last week.

Al Shabab are top of the table with 38 points from 18 matches.

Related Topics:al-shababOdion Ighalo
Up Next