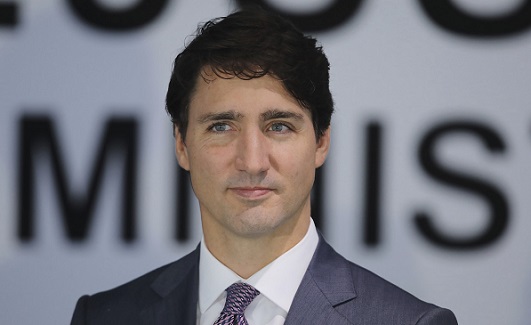 Canadian Prime Minister Justin Trudeau has harsh words for President Donald Trump after he described the reasons for the imposition of tariffs by the US as ‘frankly insulting and unacceptable’.

Trudeau thumbed down plans by the US to impose tariffs on Canadian steel and aluminum for “national security” reasons, saying his soldiers had fought and died with American troops in Afghanistan.

“One of the things that I have to admit I’m having a lot of trouble getting around is the idea that this entire thing is coming about because the president and the administration have decided that Canada and Canadian steel and aluminum is a national security threat to the United States,” Trudeau said in an interview on NBC’s Meet the Press on Sunday.

“The idea that our soldiers who have fought and died together in the mountains of Afghanistan and stood shoulder to shoulder, somehow this is insulting to them,” he said.

Mexico also responded to the taxes, saying it would impose tariffs of its own, and the European Commission promised legal action.

Reacting to the new tariffs, the European Commission fired back at the White House’s trade decision with a lawsuit, saying the E.U. “stands now ready to react to the U.S. trade restrictions on steel and aluminum in a swift, firm, proportionate and fully WTO-compatible manner,” referring to the World Trade Organization. The E.U. said it would launch legal proceedings against the U.S. in the WTO on Friday. “The level of tariffs to be applied will reflect the damage caused by the new U.S. trade restrictions on E.U. products,” it said.

World must stand up against US ‘bullying’, Iran’s foreign minister says