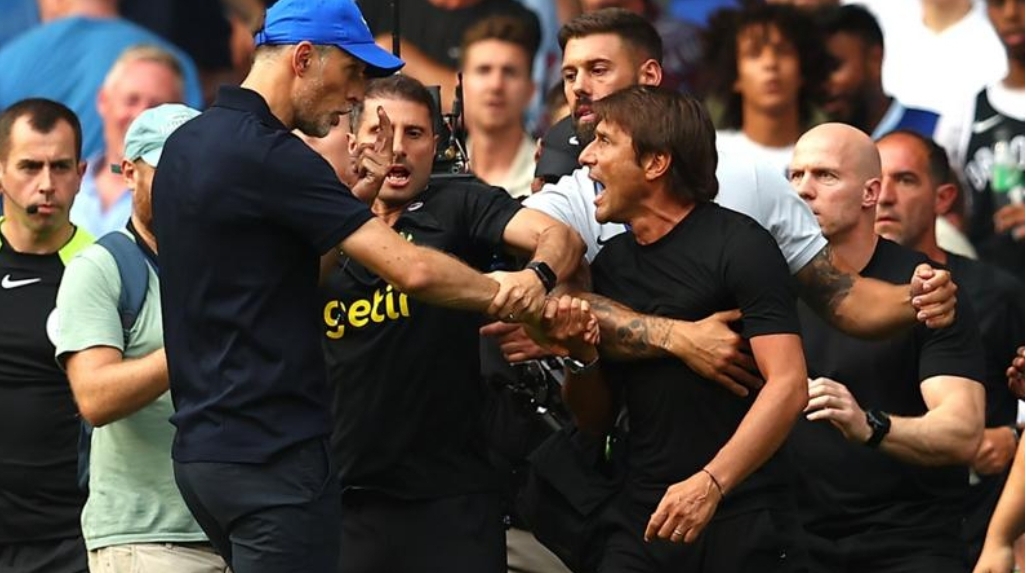 Chelsea and Tottenham Hotspur managers, Thomas Tuchel and Antonio Conte were shown red cards after a brawl that followed a thrilling draw in the Premier League.

Chelsea dominated the first half and new signing Kalidou Koulibaly flashed home a volley to put the Blues ahead in the 19th minute.

Chelsea were furious that referee Anthony Taylor had failed to penalise Rodrigo Bentancur for a challenge on Kai Havertz, the ensuing melee leading to face-to-face fury between the two managers who were given yellow cards.

Once order had been restored, Chelsea were back in front as James scored from Raheem Sterling’s pass.

Chelsea thought they had made it six points from two games until Kane headed in Ivan Perisic’s corner.

A handshake between Tuchel and Conte afterwards developed into another bust-up between the pair which ended with them both getting their marching orders.