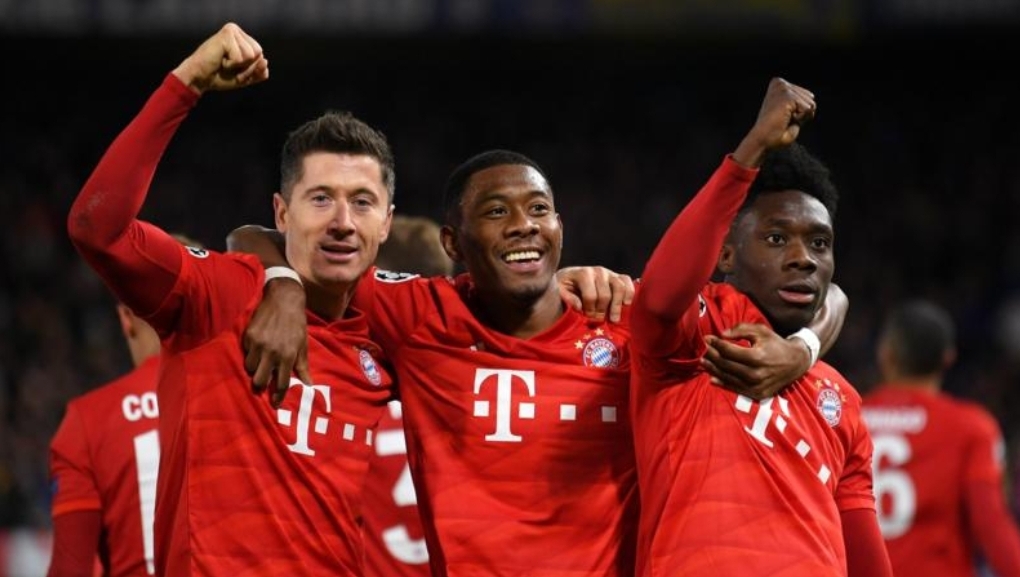 German Bundesliga side, Bayern Munich thrashed Chelsea 3-0 in the first leg of their round of 16 clash in the Champions League at Stamford Bridge on Tuesday night.

Bayern are thus almost through to the quarterfinals of the competition as the Blues would need to score four replied goals in the second leg in Germany to have a chance.

Serge Gnabry scored two goals in the 51st and 54th minutes, before Robert Lewandowski scored the third with 14 minutes left on the clock.

The home side finished with ten men as Marcos Alonso was shown a red card in the 83rd minute after a clash with Lewandowski.

Jorginho had also been ruled out of the second leg when he received a silly yellow card for dissent.

In another Champions League round of 16 clash played concurrently in Italy, Barcelona snatched a draw against Napoli.

The Spanish champions grabbed an away goal as they came from behind to draw 1-1.

Dries Mertens curled in from 18 yards to put the hosts ahead on the half-hour mark and become Napoli’s joint top scorer of all-time, level with Marek Hamsik on 121 goals.

But Antoine Griezmann scored after 57 minutes from Nelson Semedo’s low cross, before Arturo Vidal was sent off late on following a brawl Fabian Ruiz.

The return legs of both matches take place on Wednesday, March 18.

REPS TO SERAP: We deserve SUVs for oversight functions