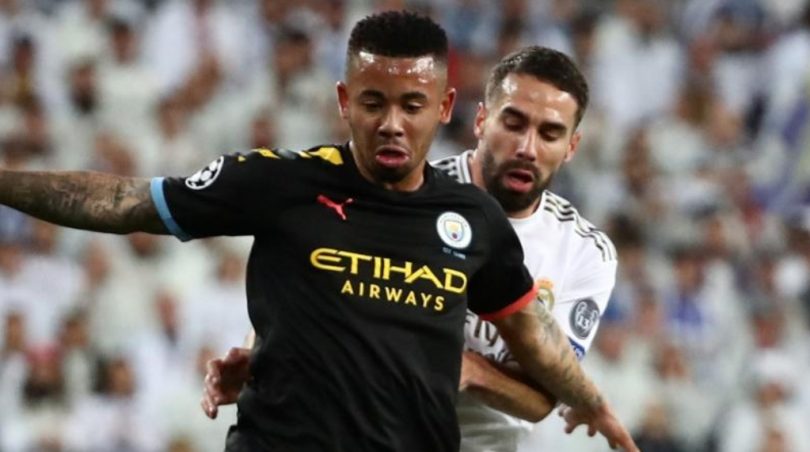 Manchester City completed an incredible comeback victory over Real Madrid to take first-leg lead in their Champions League round of 16 tie.

The Premier League side were down by a goal before Gabriel Jesus and Kevin de Bruyne scored late goals to secure a 2-1 victory at the Bernabeu.

After a cagey first half, the hosts capitalised on a defensive mix-up to take the lead as Isco slotted home on the hour mark.

Jesus equalised in the 78th minute before De Bruyne scored City’s second from the spot on 83 minutes.

Real ended the game with 10 men after Sergio Ramos was sent off four minutes from time for bringing down Jesus as he ran through on goal.

It was the first time City had beaten Real Madrid in the Champions League and means they are in the driving seat before the second leg at the Etihad next month.

In another Champions League round of 16 clash played concurrently, Juventus suffered a slim defeat at Olympique Lyon.

The French giants produced a spirited display against the Serie A champions, with Lucas Tousart scoring the only goal of the game in the first half.

Both ties will have their second legs played on March 17.