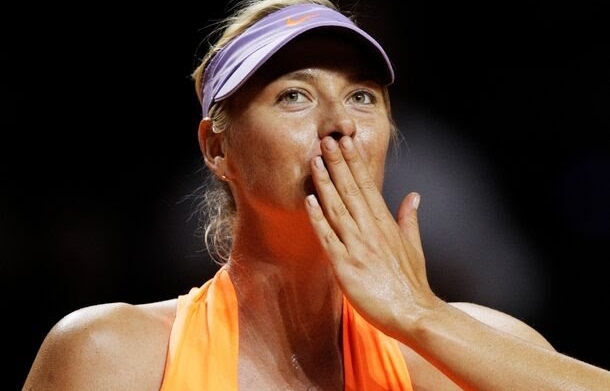 Russian tennis superstar, Maria Sharapova says she is drolping the racquet for good and is saying goodbye to the sport.

The 32-year-old, who have won five Grand Slam titles, in an article for Vogue and Vanity Fair, said her body “had become a distraction” after a struggle with shoulder injuries.

Sharapova won her first Grand Slam at Wimbledon in 2004, when she became the third youngest woman to do so; and completed the career slam – all four major titles – by winning the French Open in 2012.

In 2016, she served a 15-month ban after testing positive for meldonium.

After her 2017 return from the ban, Sharapova struggled to recapture her best form and suffered from a number of injuries.

Read Also: Serena thrashes Sharapova in US Open first round

“I’m new to this, so please forgive me. Tennis – I’m saying goodbye,” she wrote.

“Looking back now, I realize that tennis has been my mountain. My path has been filled with valleys and detours, but the views from its peak were incredible.

“After 28 years and five Grand Slam titles, though, I’m ready to scale another mountain – to compete on a different type of terrain.

“That relentless chase for victories, though? That won’t ever diminish. No matter what lies ahead, I will apply the same focus, the same work ethic, and all of the lessons I’ve learned along the way.

“In the meantime, there are a few simple things I’m really looking forward to: A sense of stillness with my family. Lingering over a morning cup of coffee. Unexpected weekend getaways. Workouts of my choice (hello, dance class!).”

She has played just twice this year, including a straight sets loss to Croat Donna Vekic in the Australian Open first round, her last competitive appearance.

Sharapove won a total of 36 singles titles and earned more than $38m in prize money.