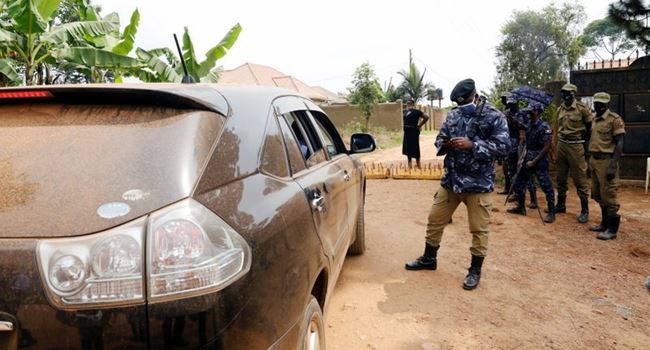 Heavily armed Ugandan soldiers stationed outside the home of pop star, Bobi Wine, on Monday blocked the United States Ambassador in the country from visiting the opposition presidential candidate.

Wine, whose real name is Robert Kyagulanyi, was defeated by President Yoweri Museveni is last week’s presidential election in the East African country.

The US Embassy said in a statement in Kampala that the purpose of Amb. Natalie Brown’s visit was “to check on Kyagulanyi’s health and safety because he has been unable to leave his home since the end of the election.

It said the ambassador “regularly meets with actors across Uganda’s political spectrum” as part of diplomatic engagement.

The statement read: “We call on the Ugandan government to respect their citizens’ human rights and fundamental freedoms, including the freedom of expression, freedom of assembly, and freedom of the press as provided for in Uganda’s own constitution.”

Meanwhile, the Ugandan government has accused the US of trying to “subvert elections.

“What she has been trying to do blatantly is to meddle in Uganda’s internal politics, particularly elections, to subvert our elections and the will of the people,” government spokesman, Ofwono Opondo, told Reuters.

The US State Department had on Monday called for “independent, credible, impartial, and thorough investigations” into “many credible reports” of irregularities in Uganda’s general election.