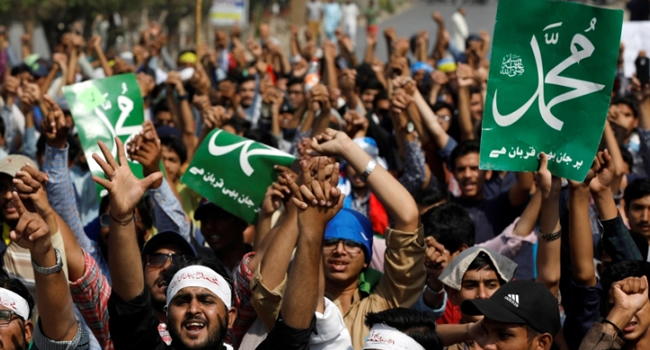 The Police in Pakistan on Wednesday confirmed that cases have been registered against 400 unidentified people after a viral video showed a woman being assaulted at Minar-e-Pakistan on the country’s independence day.

The young woman was assaulted by a massive crowd of over 400 people as she and her friends visited a national monument in Pakistan’s eastern city of Lahore on the country’s independence day.

In a video that went viral days after August 14, Pakistan’s Independence Day, hundreds of men could be seen picking up the woman and throwing her up in the air. It has drawn condemnation across the country, which has been struggling to deal with violence against women.

The woman, who is a TikToker in Pakistan, said she attempted to escape from the crowd along with six others when around 300 to 400 people “attacked us” and “assaulted us violently” during the struggle.

Shocking beyond imagination!
400 men groping,beating & tearing cloth of 1 tiktoker girl in #MinarePakistan
Girl screaming for help.. Azaan going on in the background
These Vultures are no less than Talibanis
This is Naya Pakistan..Shameful pic.twitter.com/PBYWqAWvon

“I was stripped and my clothes were torn apart,” she said, according to a report by DW.

The video-sharing platform TikTok has also been banned several times in Pakistan for allegedly permitting “inappropriate content” on its platform.