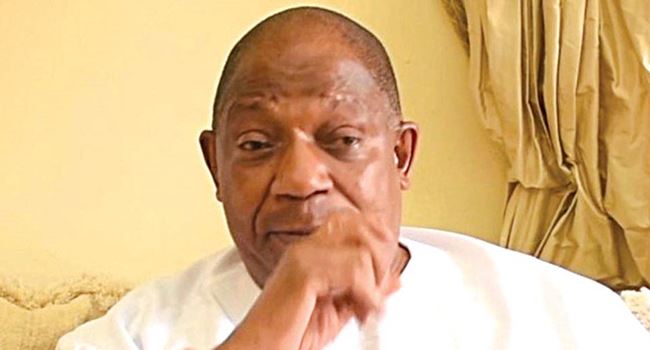 The ongoing investigations into alleged corruption at the Niger Delta Development Commission (NDDC) has been described as “just a drama”, by the Urhobo Progressives Union (UPU), doubting if “anything good” will come out from it.

The President-General of the UPU, Moses Taiga, said this in Lagos during an interview with journalists, saying he does not expect anything good to come out of the probe by the National Assembly and the forensic audit ordered by President Muhammadu Buhari.

The NDDC has been at the centre of a contentious investigation by commitees of both the Senate and the National Assembly, with accusations and counter accusations bordering on the roles played by the Interim Management Committee (IMC) of the commission and lawmakers in the alleged monumental financial malfeasance at the interventionist agency.

In his reactions to the developments, Taiga said: “It is a shame that what we all fought for to improve the well-being of the people who produce the wealth of this nation is being abused. I don’t expect to see anything good from the issue of this probe as it is just a drama. We have seen this type of thing before.

“We are waiting for the result of the forensic audit which I don’t believe anything good will come out from.

“The issue is that NDDC had always lacked good leadership. If the leadership is firm and proper and contracts are given out properly and educated people, who know how to run institutions take charge, things will be different.

“I am talking from experience because I started my career working for the Nigerian Industrial Development Bank. Development institutions need to be run and organised by people who are trained in that direction.”

Continuing, the UPU President General called on President Buhari to swear in Bernard Okumagba as the managing director of NDDC.

Okumagba was confirmed by the Senate last year alongside 15 others who were nominated by President Buhari for the NDDC board.

“I am looking at what is happening with the Urhobo nation. I am calling on the federal government to provide infrastructure which is our fair share. I am not looking beyond the nation of Urhobo, the fourth largest tribe in this country. We are not being fairly treated.

“I am demanding infrastructural development for the Urhobo area. I am demanding adequate utilisation of our resources – gas, to give us electricity.