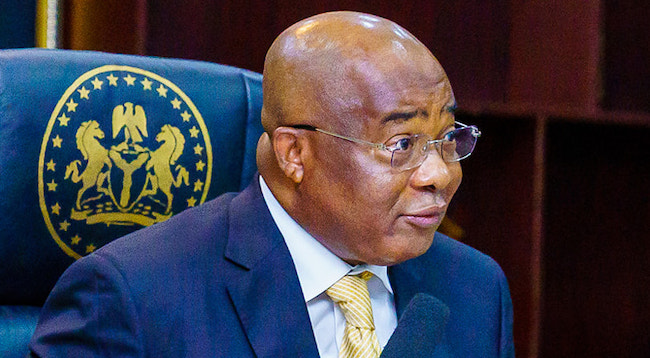 The Imo State Governor, Hope Uzodimma, said on Tuesday more Peoples Democratic Party (PDP) governors are planning to defect to the All Progressives Congress (APC) because of the sterling qualities of President Muhammadu Buhari.

The governor, who disclosed this to State House correspondents at the end of a meeting with President Buhari at the Presidential Villa, Abuja, also predicted a resounding victory for the APC in the 2023 election.

He said the performance of the ruling party was commendable and it deserves another chance.

The governor said he was confident that more PDP governors would join the APC because they had seen that despite “deliberate attempt by some group of people to pull down” the Buhari’s administration, the President was still giving Nigerians the best in terms of leadership.

When asked if he thought more governors would defect to the APC from the South-East, the Imo governor replied:

“Not just from the South-East, many governors in Nigeria will join the APC.

“You have seen that part of the problem of this government is the deliberate attempt by some group of people to pull it down.

“Because nobody is telling me that this government is not performing, that salaries are not being paid or that the roads are not being constructed or the railway is not going or the various intervention funds to empower our youths are not being given out.

“Nobody has come in concrete terms to accuse this government of one failure or the other.

“All we hear is that herdsmen and farmers are fighting and for that reason, 200 people are kidnapped.

“People are shot down there, people are killed there. What do you want the government to do? We must be realistic. I believe in pragmatism. I believe in doing things right.

“Can anybody come and tell me one, two, three, four reasons why this APC should not win in the next election?

“Nobody has said that, I have not read either in any newspaper. All I hear is that because of insecurity this, insecurity that, but you send people out in the night to go and cause trouble and use it in day to blame the government.”

Group demands zoning of presidency to North-Central in 2023