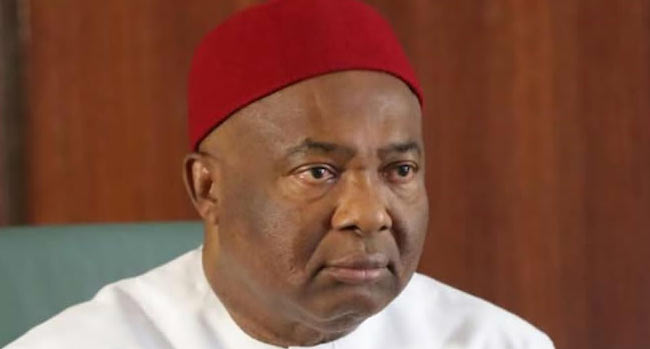 Imo State Governor, Hope Uzodinma has stated that the identities of criminals behind the recent mayhem across the state will be revealed.

The governor spoke after a service at Government House Chapel, Owerri, the state capital.

Uzodinma pledged to ensure absolute prosecution of these criminals while assuring that his administration cannot fold its arms and allow terror to reign in the state.

The governor also warned the people, especially political appointees, to be careful with their comments and posts on social media, insisting that one may be interacting with criminals and bandits “knowingly or unknowingly”.

“I will never and not going to negotiate with criminals. Anyone involved in any form of criminality aimed at bringing down Imo State by any means should have a rethink or such persons will have themselves to blame”.

Uzodinma also praised the security agencies for their job of effecting the arrest of the criminal masterminds.

Ripples Nigeria had reported how the country home of the governor was attacked by hoodlums in Omuma, Oru East Local Government Area.

Two people were confirmed dead in the attack.

In a continuation of the chaos, police formations and a correctional facility were attacked by gunmen, who opened the prison gate for more than 1,800 inmates to escape.

”Those out to bring the state down must be prepared to be brought down as well.

“The mayhem in Imo State was carried out by hoodlums, bandits and a small percentage of IPOB members and aggrieved politicians who decided to sponsor violence to derail the government of the day,” the governor said.

The Pope will clap for me if he knows my role in this govt, Mbaka replies APC