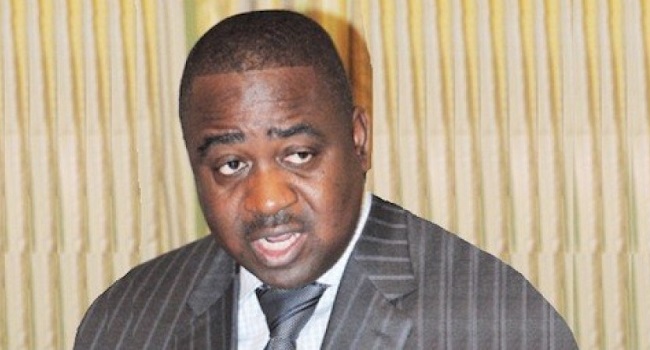 A former Governor of Benue State, Gabriel Suswam, on Friday said the controversial Water Bill was still a rumour at the National Assembly.

Suswam, who represents Benue North East in the Senate also vowed that the bill will be rejected whenever it is presented, adding that it will die on arrival.

The Senator, who stated in Katsina-Ala town of Benue State during the official commissioning and inspection of projects by Governor Samuel Ortom, described the bill as anti-people and capable of causing confusion in the country, assuring that the National Assembly will reject the bill in totality.

“The National Assembly will reject the water resources bill in totality and in whatever form it comes. It is anti-people, it is unacceptable and we will not accept it because it is not in the interest of the people.

“You have no reason to be afraid. There is no bill like that and as far as I am concerned, it is still a rumour. So let us not worry about what does not exist”, he said.

Continuing, Susan vowed that “they cannot sit down as representatives of the people and accept that the federal government should come and take over the waters of our state.”

According to him, the Land Use Act of 1978 mainly states that all land belongs to the state government alone, insisting that to introduce such a bill will require an amendment of the Constitution.

Buhari’s govt achieving so much with so little —Lai Mohammed