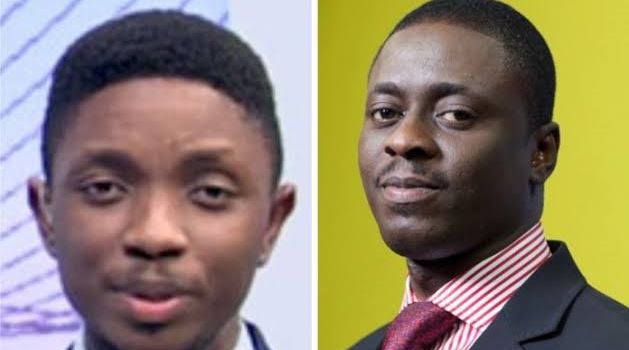 The seeming gag on press freedom hit new lows on Thursday, with the summoning of some journalists from Channels TV over alleged anti-Buhari interviews during a live interview programme.

Rumors had made the rounds on Thursday that both journalists; Chamberlain Usoh and Kayode Okikiolu had been arrested over the interviews granted Benue State Governor, Samuel Ortom, and a former Nigerian Navy officer, Commodore Kunle Olawunmi (retd.) who accused the President of being lax on security issues across the country.

However, both presenters on Friday dispelled the arrest rumors, but confirmed that they were invited by the country’s secret police, the department of State Security (DSS) and that they were let go after their interactions with the security agency.

Due to the perceived infraction, the National Broadcasting Commission (NBC) summoned the duo of Usoh and Okikiolu.

Ripples Nigeria gathered that Usoh, Okikiolu and two other anchors of the TV’s ‘Sunrise Daily’ breakfast programme were invited to the Abuja office of the regulator on Thursday over some comments made against President Muhammadu Buhari by Ortom and Olawunmi on the programme during the week.

Meanwhile, the summoning of the anchors was made known by human rights’ activist and former Chairman of Nigeria’s National Human Rights Commission (NHRC) Chidi Odinkalu, on his Twitter handle.

He wrote on Twitter, ”There is confirmation that @nbcgovng has summoned the presenters of @sunrisedailynow for this morning.”

This led to widespread rumours that the summoning was facilitated by the Department of State Services who allegedly lured the journalists via the face of the NBC.

However, the DSS denied the claims of arrest via a statement issued by its spokesman, Peter Afunanya, on Thursday titled, ‘No Channels Television Reporters Were Arrested By The DSS’.

Afunanya said, “The attention of the DSS has been drawn to news making the rounds in some sections of the media that its operatives earlier today (26th August, 2021) arrested two (2) journalists of Channels Television. This is false and misleading. Fake news peddlers should shun the act.”

This was further corroborated by the management of Channels TV who also released a statement, saying “Contrary to the news on social media that our Sunrise Daily’s anchors have been arrested, this is just to clarify that no such arrest was made.

“But the entire anchors were invited for a meeting by the National Broadcasting Commission (NBC) in Abuja and they have since returned from that meeting.”

Ripples Nigeria gathered that the two journalists anchored the Friday’s programme from its Abuja studio as opposed to the Lagos studio where they are domiciled, meaning they have been released but still in the FCT.