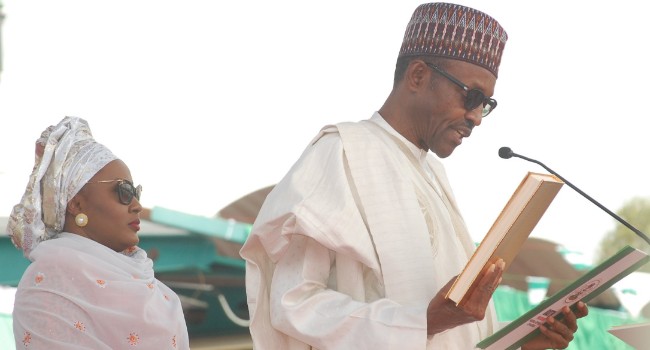 The Buhari Media Organization, BMO, has vowed to give stiff resistance to any attempts at distrupting the inauguration President Muhammadu Buhari on the 29th of May.

According to the BMO, the warning became neccessary because of reports that some people are planning to disrupt proceedings of the day.

The pro-Buhari group gave the warning in a statement issued in Abuja on Tuesday by its chairman, Niyi Akinsiju; and secretary, Cassidy Madueke, adding that any plan to disrupt Nigeria’s democracy that was fought for with the blood and sweat of patriotic Nigerians would be resisted and dealt with decisively.

It said: “It has come to our notice that some enemies of Nigeria, who do not respect the outcome of the largely peaceful elections recently held, are desperate to thwart the will of the Nigerian people and scuttle the May 29 inauguration of President Buhari’s second term.

“We are equally aware that security agencies are putting in place measures to apprehend these enemies of Nigeria.

“We wish to inform these unpatriotic persons that Nigerians who overwhelmingly voted for President Buhari would resist any such foolish and tactless move.”

Insisting that Buhari was a duly re-elected President, the group noted that the reelection of the president is because of the massive goodwill Buhari was enjoying to his government’s projects that, it said, were lifting millions of Nigerians out of poverty.

“No matter where these undemocratic elements are planning and operating from, whether the United Arab Emirates, the United States of America, the United Kingdom, or Cameroon, the moon, wherever, they would be fished out and brought to justice.

“When the Peoples Democratic Party gathered themselves like witches in a coven in Dubai, to connive and attempt to seek votes through sinister moves, hideous agendas, and deceit, all their moves failed; they were rejected by the Nigerian people like the case in 2015″, the BMO said.