Home » Sports » Fury knocks Wilder with ‘no substance, no intellect’ jab ahead showdown 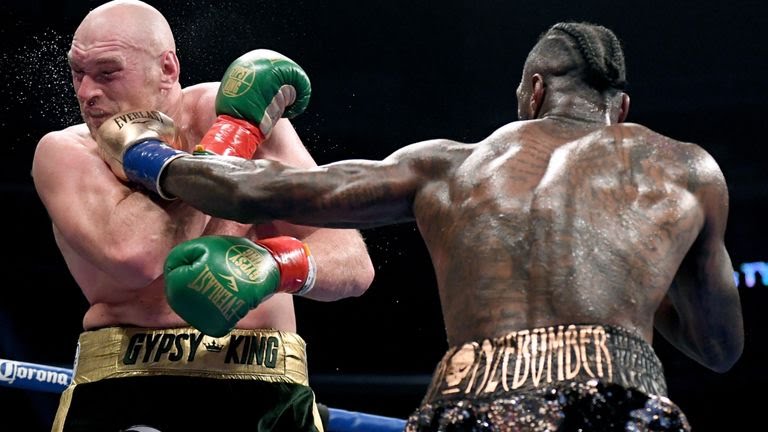 Ahead of their February 22 showdown, Tyson Fury has referred to his opponent, Deontay Wilder as someone that lacks substance and intellect.

The Briton and the American fought to a draw last December in a bout, and a rematch is set for February.

Fury says he is confident of getting greater support in Wilder’s America, as the undefeated WBC world heavyweight champion only ‘pretends to have a personality.’

“He screams ‘bomb squad’ a lot and pretends to have a personality, but really he doesn’t and there is no depth to him,” said the 31-year-old.

“I have already got more American fans than Wilder. For whatever reason, Wilder is not popular in America and people don’t like him.

“He has got no substance. He is a loud mouth.

“Behind that there is no intellect. He comes out with random things that don’t make sense. I am a trash talker, but sometimes I struggle to put together what he is talking about.”