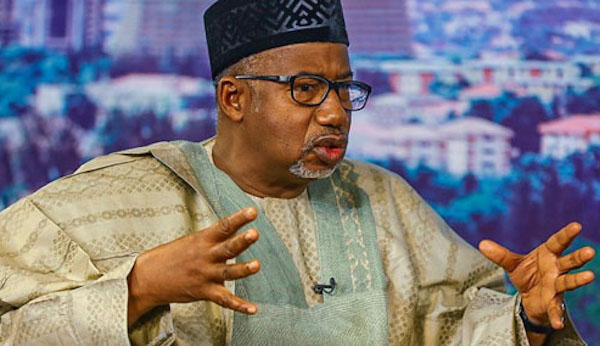 The Bauchi State governor, Bala Mohammed, on Saturday explained why he dissolved the state executive council.

The governor, who addressed journalists as part of activities marking this year’s Democracy Day in the country, said he dissolved the cabinet in order to bring in fresh hands to the government to move the state forward.

Mohammed had on Wednesday sacked all the commissioners, the Secretary to the State Government and his Chief of Staff.

He, however, retained four special advisers in the government.

He said: “I dissolved my cabinet because some of them do not know much about politics. So I had to bring in the real politicians who can do the job and join hands with me to move the state forward

“Nevertheless, I must commend members of the dissolved cabinet because they performed very well and I am grateful for the efforts they made towards the success of my administration.

“I just have to get others that are the real politicians that can do the job together with me and move the state forward. We are determined to fulfill the campaign promises we made to the people of the state.”

Mohammed assured the people of the state that his government would not disappoint them.

The governor added: “We are determined to continue to deliver the dividends of democracy to the people of the state and as you can see, we have executed many laudable projects that have a direct bearing on the lives of the citizens.

“So, I urge you to continue to be steadfast in this commitment towards the government by refusing to be distracted by some politicians who will want to deceive you from believing in us.”