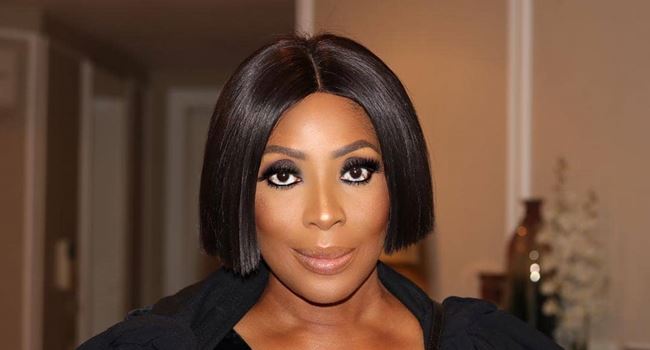 Popular Fuji maestro, Wasiu Ayinde, known in music circles as Kwam 1 has revealed why he cannot dump music to run for a political office despite having many friends as politicians.

Speaking at an event, titled “FUJI-Opera”, held at Alliance Francaise, Mike Adenuga Centre, in Lagos, Kwam 1 said that his decision not to run for any political office was based on his hatred for “promise and fail” attitudes.

According to the musician who was once accused of assaulting a broadcaster named Wole Sorunke in Ogun State, leading to calls for him to be stripped off his title, he does not want to make hefty promises to gain votes; “only to fail the electorates due to unforeseen factors.”

TEMS: Feisty Nigerian female musician, Tems is blowing hot after her horrible ordeal in the hands of the police in Uganda who got her and her compatriot, Omah Lay arrested and arraigned for breaching COVID-19 protocols after they both performed at a concert in Kampala.

In a series of tweets after her return to Nigeria, Tems who accused a Ugandan artiste, BebeCool, of planning her arrest in his country said that despite ensuring that she and Omah Lay were detained, he is using their release to swell his popularity on social media.

The singer has thus issued a stern warning on Twitter to BebeCool not to ever come to Nigeria for as long as he lives, telling him that if she ever sees him in the country, she will “pounce” on him.

For the third year running, another Nigerian artiste has made the list of 30 songs by former President of the United States of America, Barack Obama, which he tagged, Barack Obama’s Favourite Music of 2020.

Obama made the revelation, as it is his annual ritual, in a series of tweets listing the song titled ‘Essence. by Wizkid featuring Tems among his collection of favourite songs for the year 2020.

According to Obama, (the 44th President of the USA) he had valuable consultation from his daughter before compiling the list. Other top musicians in the list include Megan Thee Stallion, J Cole, H.E.R, Travis Scott among others.

Obama wrote, “Here are some of my favourite songs of the year. As usual, I had some valuable consultation from our family music guru, Sasha, to put this together. I hope you find a new song or two to listen to.”

It’s official; one of the hottest spinsters in town, Aziza Dangote is off the market as she has tied the nuptial knot with her long-time boyfriend, despite pressure from high-profile bachelors, who wanted her hand in marriage.

We can confirm that Aziza Dangote, the daughter of Sanni Dangote, younger brother of Africa’s richest man, Aliko Dangote, has decided to spend the rest of her life with Aminu Waziri, son of the late Waziri K. Mohammed, former Chairman of Nigerian Railway Corporation (NRC).

Reports say the pair have already exchanged nuptial vows at a very private location in Lagos in line with COVID-19 protocols with a possible Kano version of the Nikkah likely to be held very soon.

In response to the growing shortage of industry professionals in the local movie industry dubbed Nollywood, movie and media mogul, Mo Abudu has launched the EbonyLife Creative Academy (ELCA).

Reports say the initiative is supported by the Lagos State Government through Lagos State Creative Industries Initiative (LACI), under the Ministry of Tourism, Arts and Culture.

According to Mo Abudu, the ELCA will offer free, practical short courses covering all aspects of filmmaking and media content production, including acting, directing, producing, editing, sound, and lighting. Designed by local and foreign industry experts

“We have so much talent in Nigeria and our people are ready to work. Unfortunately, very little training is available locally and most people cannot afford to go abroad for training. EbonyLife Creative Academy is meant to fill that gap and make world-class training available,” she said.

‘Koko Master’ Dapo Oyebanjo is super excited about the coming year 2021 as he has revealed that he has a whole lot in stock for scores of his fans who have been eagerly awaiting his forthcoming projects in the New Year.

Celebrity Gist can confirm that D’Banj is planning to launch a documentary about the story of his life in the New Year and according to him the biopic will feature things that he has not said anywhere before.

We also gather that D’Banj is also gearing up for the launch of his much anticipated CREAM Platform and Heritage Bank’s initiative, YNSPRE account solely for the creative industry players.