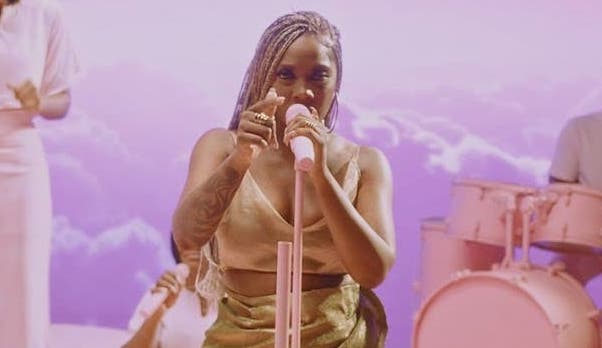 It’s no news that Chief Harry Ayodele Akande, the Agbaoye of Ibadanland, who lived a lavish and colourful life, is no more but what many may not know is that the affable and flamboyant businessman had unfulfilled dreams he never achieved while alive.

Celebrity Gist can confirm that, Harry Akande who once took an unsuccessful shot at becoming president of Nigeria in the past was said to be working quietly at contesting for the 2023 presidential election until he kicked the bucket.

Further scoop also reveal that the late billionaire who was said to have battled with COVID-19 before he lost his life, failed in his bid to construct a five-star hotel in partnership with an international hotel chain in 2013 over a bitter legal row with the Federal Airports Authority of Nigeria (FAAN) over a piece of land located close to the international airport terminal building which was purportedly ceded to his company.

Nollywood actress, Cossy Orjiakor is embroiled in a feud with her spouse simply identified as Abel Jurgen (a mulatto) who accused her on Instagram of domestic violence.

In a post on Instagram, Jurgen who thus called off his engagement with the actress posted picture evidence of the injuries inflicted on him by Cossy with the caption; “Finally, it is over between Cossy and I after she got in a fight with me after getting drunk. This is what she did to me, got bitten from different corners.

However, Cossy immediately replied her estranged lover on social media alleging that he was the one who physically abused her and she only defended herself with bites, claiming further that the guy rushed to social media to paint her black.

Singer, Tiwatope Savage was the cynosure of all eyes at the just staged Music Of Black Origin (MOBO) award as she wowed the audience with her craft and sonorous voice while on stage.

However, the ‘Kele Kele Love’ crooner took the audience aback when she took a detour from performing her songs to bring back the memories of the victims of the #Endsars protests back home in Nigeria.

While performing on the MOBO stage for the first time, Tiwa Savage in an emotion-laden voice, cried out, “Who gave the order” to the cheers and tears of the audience both at the venue and those streaming on YouTube across the globe.

Rap lyricist, Michael Stephens has declared that the #EndSARS protests against police brutality and bad governance which later turned violent after it was hijacked by hoodlums was not a failure after all.

Ruggedman also added that the #EndSARS protests showed Nigerian politicians and the world how resourceful, organised and amazing Nigerian youths could be when it is needed.

He said; “The #EndSARS protest is far from being a failure. It was a monumental success but for the unfortunate shooting of peaceful protesters at the Lekki tollgate. That has caused a pause to physical protesting in Nigeria for now. However, Nigerians in Diaspora are still protesting.

“It showed the world why we were protesting in the first place. It showed Nigerian politicians and the world how resourceful, organised and amazing Nigerian youths could be when it is needed,” the musician added in part.

The feisty housemate of the 2019 edition of BBNAIJA took to her official social media accounts noting that countries are great not because of the government, but because of the love of its citizens.

She also spared no words for members of the National Assembly who she accused of showing up only during the election period only to go “completely quiet” after getting votes cast for them by the electorate.

Dwayne Michael Carter Jr better known in music circles as Lil Wayne has pleaded guilty to possession of a firearm thus making him a convicted felon over an incident dating back to last year.

US media reports that federal offence by the 38-year-old rapper could see him sentenced to up to 10 years in prison after he was found to be carrying a gun and bullets when police searched a private plane in Miami in December of 2019.

“Your honour, I plead guilty,” he reportedly told US District Judge Kathleen Williams during a virtual hearing. The Miami Herald said that Lil Wayne — who has a home in south Florida — admitted the gold-plated pistol found in his luggage was his.

US media also reported that the police also found what was believed to be cocaine, marijuana, ecstasy, heroin, painkillers and more than $25,000 in cash when police searched the private plane late last year.

QuickRead: Soyinka’s worries, Ogbeh’s lamentations. Three other stories we tracked and why they matter