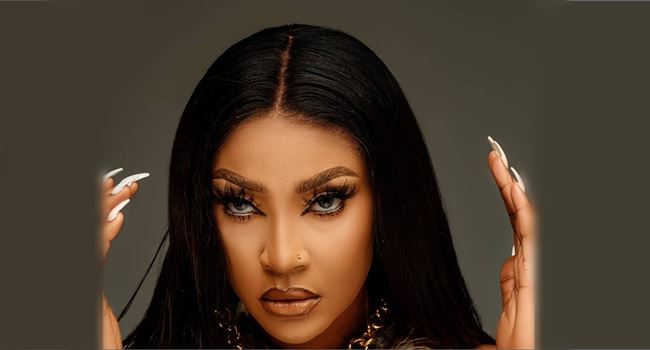 In what promises to be an exciting duet, music lovers and fans of afrobeat are gearing up for a-one-of-its-kind collaboration as Femi Kuti and his son, Made team up to release a classy album.

Celebrity Gist can confirm that the album is a two-sided album titled ‘Legacy’ featuring Femi Kuti’s ‘Stop The Hate’ and the other, Made’s For(e)ward set for release on 5th February 2021.

We can also confirm that father and son recently released two new singles off the album namely ‘Your Enemy’ by Made ( a follow-up to his debut single, ‘Free Your Mind’) and ‘Pà Pá Pà’ by Femi Kuti.

Nollywood actress, Angela Okorie may have just given up on ever getting married again after revealing that she is scared of venturing into it again because she has tasted it before.

The fair-skinned thespian took to her Instagram page to reveal that she doesn’t want to get married again and get divorced adding that for now, getting married is not in her plans.

“I am so scared about marriage right now, because I’ve once tasted it and I know what it looks like. I do not want to get myself into any marriage anymore and get divorced again. Nobody ever wants to get married and divorce their spouse but sometimes issues happen, things come up, lies and all that,” she said.

Self-proclaimed ‘Port Harcourt First Son’ Duncan Mighty has been in the news in recent times after accusing his wife and her siblings of plotting to take his life and inherit his property.

The musician has however whipped up another storm after claiming that he is not the father of his 4-year-old daughter, Mitchell, thus deepening the feud with his wife and her family.

Duncan Wene Okechukwu aka Duncan Mighty, who made the claim on Instagram also claimed in the post on social media that his wife’s plan is to send him to his early grave.

He wrote thus on Instagram; “Mr. FRANK is Bright’s best friend who is responsible for taking them to the highest and most powerful Juju.

“Frank and Bright are the fathers of Mitchell as DNA has proven me negative. On the 24th of Nov, 2015.

“Five days after Icon was born, I gifted Vivian a car and months later they went to the first juju house and spent 1M which was used to build a hidden shrine.

“The existence of this hidden shrine is to hide everything they’re doing in case anyone tries to find out spiritually the person will see another face and not theirs.

“The most important thing is neutralize Duncan’s powers, which requires Frank and Bright to have sex with Vivian, the mom will be responsible for burying the charm and Maria is responsible for feeding the shrine then in exactly 4 years time, Duncan will get sick and die,” his post read in part.

Odemwingie had accused Kanu’s wife, Amara, on Instagram, of sliding into his DM and making relentless advances towards him on social media calling her Delilah.

The former West Brom player tendered an apology to Kanu Nwankwo, which he also announced on Instagram stating that he didn’t mean those words used on Kanu’s wife as the Nigerian media portrayed them.

These are certainly the best of times for the winner of the 2020 edition of Big Brother Naija reality TV show, Laycon as he has continued to seal mouthwatering deals thus swelling his bank account and profile.

The aspiring musician, we can confirm, has sealed an endorsement deal with a UK-based firm, Beautiful Body UK Men after signing over five deals with leading brands such as Mentos, and Gotv.

Laycon has been on an endorsement signing spree after emerging winner of the Big Brother Naija Lockdown show having also signed a multi-million Naira endorsement deal with smart device manufacturers and innovators OPPO.