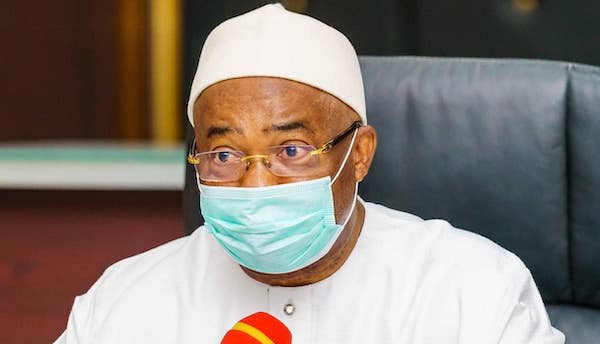 Apparently uncomfortable with the Peoples Democratic Party (PDP) and some persons referring to him as Supreme Court governor, Hope Uzodinma of Imo State has petitioned the National Judicial Council (NJC) and the Attorney-General of the Federation (AGF), Abubakar Malami.

Since then the PDP and some other people were said to have been describing him as a ‘Supreme Court governor’.

Hence, in the petition, through his special adviser on political matters, Batos Chikezie, which was also addressed to the leadership of the National Assembly, Uzodinma prayed them to stop PDP publicity secretary in Imo, Ogubundu Nwadike and other loyalists from referring to him as “supreme court governor.”

According to him, since the supreme court’s decision on January 14, 2020, “Nwadike continued to refer to Uzodinma as the supreme court governor and Chief Emeka Ihedioha as the elected governor of the state in the print, electronic and social media.”

He said the name was derogatory, a “wicked propaganda and blackmail characteristically designed to incite and delude the people of the state thereby misdirecting them to disregard the judiciary.”

The governor further requested the NJC, through the registrar of the Supreme Court, to see that Nwadike was made to stand trial for “persistently making a mockery of the decision and proceeding of the Supreme Court on the Imo State gubernatorial election, thereby making them look compromised and biased in the eyes of the public which is a dent on their integrity and pedigree.”