Home » Latest » #Xenophobia: The Dance of an Ingrate 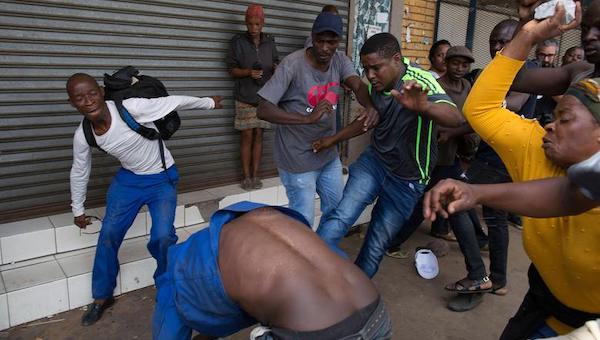 The hashtag #SayNoToXeniphobia has obviously been the trend in recent times. It has also made the “rainbow nation” gained some notoriety across Africa and around the globe

Many have spoken openly through various channels, in condemnation of these recent unprovoked attacks against black foreign nationals living in South Africa

These reactions have come as a result of the harsh visual images and videos emerging from South Africa, and are circulating the entire continent where brutal attacks and looting of business outlets are taken place with impunity.

In the midst all these , One finds it hard to imagine how one of the newest democracies in Africa could slump into a pit of hate against her comrades in arms during the dark days of apartheid oppression and suppression where many black South Africans were subjugated and subjected to
inhumane political and social conditions

It is said that the just test of character is what a man does when he gains liberty or power.

Could they have forgotten so quick about their history that is so recent, or have they adopted a history that excludes the gallant participation of other African nations and citizens in the fight for their freedom. Have they been carried away with the usual flattery as one of the most developed countries in Africa, not minding the fact that it was the white South Africans (who are not xenophobic) that built the nation and control the commercial strictures and economic might of the nation.

One only wonders about their true psychological state , but this only serves to prove to any keen observer, the true nature and character of the people in question.

At this critical point, It is time to look to The African Union for direction, it is expected that they come up with a clear policy regarding how foreigners in other African counties should be handled, necessary sanctions should be laid out against erring nations just like we had in Libya ,(where fellow black Africans were sold as slaves) and South Africa which at the moment appears to be the one in focus as both deserve the big whip.