Your 'past is haunting you', APC replies Obasanjo | Ripples Nigeria 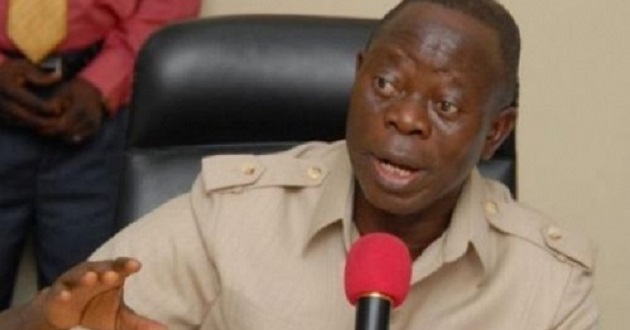 The All Progressive Congress (APC) has replied former president Olusegun Obasanjo over his latest comments severely criticising President Muhammadu Buhari ahead of the 2019 general elections.

Speaking at an interactive session with reporters in Abuja on Sunday, the APC National Publicity Secretary, Lanre Issa-Onilu, noted that contrary to Obasanjo’s allegation of plot to rig the election, the party is confident of winning a free, fair and credible one.

He explained that the allegation of plot to rig the poll was a mere imagination of the former president whom he said is “haunted by his past”.

Issa-Onilu said, “We can understand where the former president is coming from; his past is haunting him.”

“2003 and 2007 elections were nothing to write home about, those happened under former President Obasanjo. We all know how the elections went. So, for us in the APC, votes will count.”

The APC spokesman stressed that President Buhari has no reason to rig the election, having promised Nigerians that he would ensure their votes count.

He added that while the president’s work would speak for him at the poll, it was during former President Obasanjo’s administration that manipulation of the electoral process became a norm.

Issa-Onilu further advised the former president to readjust himself to the reality of what he described as an imminent defeat.

“We are going to have a free, credible and fair election,” he insisted. “We have no reasons to want to rig election; our achievements speak for us.”

“Former President Obasanjo should adjust himself to the reality of imminent defeat that is staring him in the face.”

The APC spokesman made the comments hours after former President Obasanjo accused President Buhari of planning to rig the election scheduled to hold next month.

Obasanjo, who read out an open letter entitled “Point for Concern and Action” to reporters at his residence in Abeokuta, had also alleged that the nation was returning to the era of late General Sani Abacha.

He said President Buhari lacked the capacity to offer Nigeria what it really deserved at this moment.