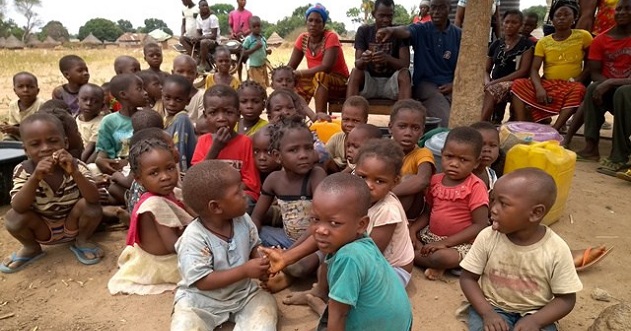 No less than twelve persons have been confirmed dead in the last one month at the IDP camp in Daudu, Benue State after they came down with malaria, diarrhoea and malnutrition.

According to reports, local health attendants recorded 70 cases of malaria, diarrhoea daily with children not spared as many are diagnosed of malnutrition.

Sources say but for the relentless intervention of the Red Cross, Doctors Without Borders and the state government, the situation would have gotten out of hand.

Reacting to the development, a health personnel with Doctors Without Borders said; “the people are getting sick and some die, while others are surviving. In the last one month so many came down with malaria.

“We see between 50 and 70 patients every day and about 40 of them are down with malaria and others with diarrhea. They come with complains of headache, pains, fever and all of that which were confirmed to be malaria.

“The death rate is not so high because of the intervention of the state government and the Red Cross, but there have been deaths. In the last one month two died of malaria at the Benue State University Teaching Hospital, BSUTH, Makurdi, while ten others died in the Daudu camps.

“As for children, malnutrition is on a very high rate. It’s a major problem with children in the camp. But for the Red Cross intervention it would have been worse.

“At the moment Red Cross has undertaken a programme to stem malnutrition among the children. They are being given food and packs of nutritional diet called Plumpy Nuts each week, which is monitored by the Red Cross to check the malnutrition problem.”

Recall that Ripples Nigeria had done an investigation on the Benue camps recently published where it was discovered that many young girls are married off at early ages due to economic challenges faced by the parents.

There were also revelations of child trafficking and disappearance of kids, while the IDPs suffered in the camps due to lack of food, clean water, adequate care and other relief materials.

FALLING HEALTHCARE: ‘LUTH is in crisis’–SERAP