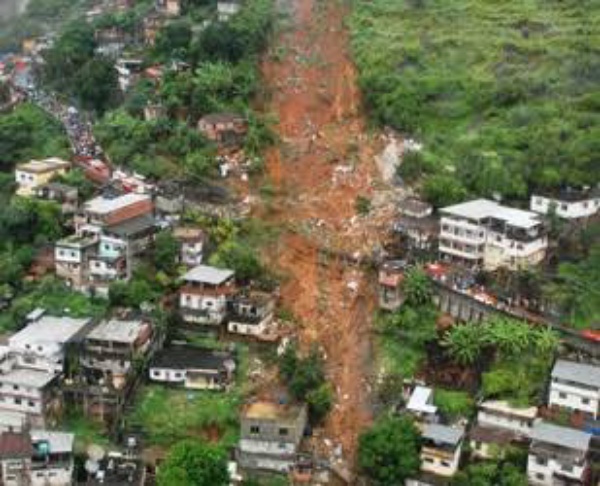 According to a statement by the Rio state’s firefighter department, over 180 troops have been despatched to the affected zone to help with rescue efforts.

The report also said officials fear a rise in the death toll as rescue teams searched the devastated regions in the Petropolis district, where hundreds of people had died following heavy rains in 2011.

“Indicating the heavy downpour, the firefighter department has revealed that the area received 25.8 cm of rainfall in just three hours throughout the day on Tuesday, which is nearly as much as the preceding 30 days combined,” a statement by the Petropolis’ City Hall said.

The Brazilian President Jair Bolsonaro, who is currently on a trip to Russia, said in a tweet he has asked his ministers to provide prompt assistance to the victims.

“God comfort the families of the victims,” the President wrote.

Zambian woman says Tekno’s song made her get pregnant, demands child support from singer for impregnating her with his music

US priest resigns over baptism controversy