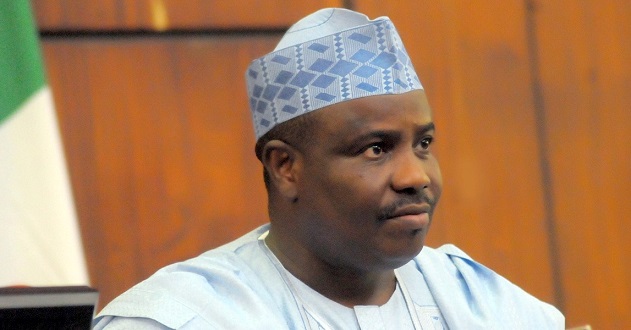 However, the name of the state governor, Aminu Tambuwal was not seen in the list which the commission displayed at its office situated along Kaduna road, Sokoto.

The list which contained names of 49 candidates from different political parties had Manir DanIya, incumbent Sokoto State deputy governor as the Peoples Democratic Party (PDP) governorship candidate and Alhaji Ahmad Aliyu Sokoto, who as the All Progressive Congress (APC) candidate.

Although DanIya won the primary election of the PDP through a consensus arrangement, it was however learnt that Tambuwal’s name was what the PDP submitted to INEC as its governorship candidate for the state.

Recall that Governor Tambuwal was one of the aspirants that contested for the presidential ticket of the PDP at the party’s elective national convention.

He however came second to former Vice President Atiku Abubakar, who emerged as PDP’s presidential candidate.

PDP was said to have quickly re-adjusted and sent Tambuwal’s name to INEC instead of Danlya, as its Sokoto State governorship candidate for the 2019 elections.

ONDO ASSEMBLY CRISIS: I was ‘impeached’ to cover up fraud of new speaker— Oloyelogun