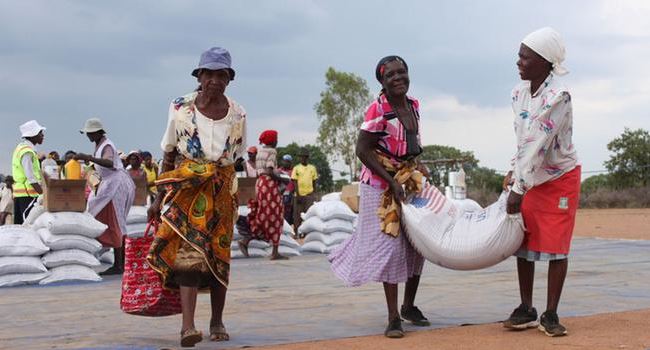 Temporal relief will soon come the way of over 4.1 million hungry Zimbabweans after the World Food Programme (WFP) announced that it will provide famished Zimbabweans with cereal, pulses and vegetable oil.

The WFP in a statement on Wednesday said that more than 240,000 metric tons of food commodities will be delivered to ease the hunger in Zimbabwe where half of the country’s population is facing hunger with 7.7 million reported to be experiencing severe hunger.

“With poor rains forecast yet again in the run-up to the main harvest in April, the scale of hunger in the country is going to get worse before it gets better,” said WFP Executive Director David Beasley.

“We believe if we do not reach out and assist these people then the situation would blow up into a major crisis,” he is quoted as saying.

Zimbabwe was once a major food producer in southern Africa but is currently in the middle of a drought and inflation that have both adversely affected food production in the country.