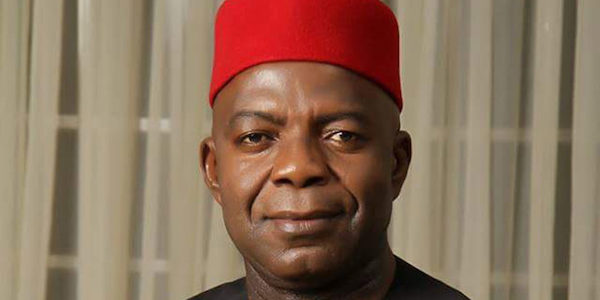 All Progressives Grand Alliance (APGA) has stated that the suspension of its 2019 governorship candidate in Abia State, Alex Otti, stands.

The Secretary of the Abia State chapter of APGA, Sunday Onukwubiri, confronted Otti over an alleged desperation to hijack the structures of the party in the state.

Onukwubiri spoke in a statement on Monday, insisting that “Dr. Alex Otti has been suspended from the party, and has no dealing with any chieftain of APGA.

He stated that “attaching APGA to Alex is a misplaced norm because he was suspended on the 15th day of July, 2019. Only the National leadership of the party under Ozonkpu Victor Ike Oye can absolve him of that action of the state leadership.

“The party filed application to withdraw herself from Alex Otti’s petition and the tribunal refused us the application on the ground of filing late, we are not relenting on our disassociation from the processes, the courts are there for anybody to approach and get justice, it is only a client that has the right to withdraw from whatever matter he is involved, much more, a petition the party was not consulted and has no hands in it.

“Anything outside the Ehiemere led leadership of APGA in Abia State remains a big joke and can never thrive in the clothes of the party,” he said.

The Abia State Working Committee of APGA slammed an indefinite suspension on Otti, accusing him of engaging in anti-party activities.

The party claimed that Otti had equipped his political machinery, known as Abia First, to harass party officials and create divisions in the party.

It also accused Otti of indulging in illegal and unconstitutional activities as well as acts of insubordination to the party leadership, which “undermined the principle of party supremacy”.

APGA also said that the governorship candidate proceeded to the election tribunal after the 2019 poll “in the name of APGA without the consent and approval of the party”.

The party further alleged that Otti sponsored attacks on the party’s state and national leadership in the social, print and electronic media.

NIGERIA AT 59: Senate promises to find solutions to Nigeria’s problems