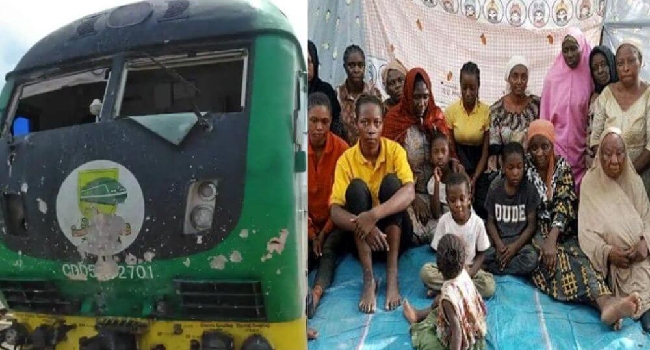 The kidnapped victims of the train attack on the Abuja-Kaduna have demanded compensation from the Federal Government to ease their lives.

This came shortly after the resumption of train services on the Abuja-Kaduna route on Monday.

The March 28 deadly attack led to the kidnap of 63 passengers by terrorists and the death of no fewer than nine others.

The victims were later released in batches following negotiations with the terrorists by both the government and individuals.

Mariam Idris and Bala Mohammed, who spoke to journalists on behalf of the victims on Tuesday, decried the horrors undergone at the hands of terrorists and the resultant implications for their survival.

They also lamented the failure of the Federal Government to fulfill the promises made immediately after their release in October.

The victims noted that they had suffered untold depression and psychological disorder deserving of medical attention.

Mariam said: “The Federal Government officials collected our contact and promised to get back to us. But up till now, nobody has done that. Most of us that were working in private organisations lost our jobs because our employers had to replace us. They could not wait for us. We lost our sources of income.”