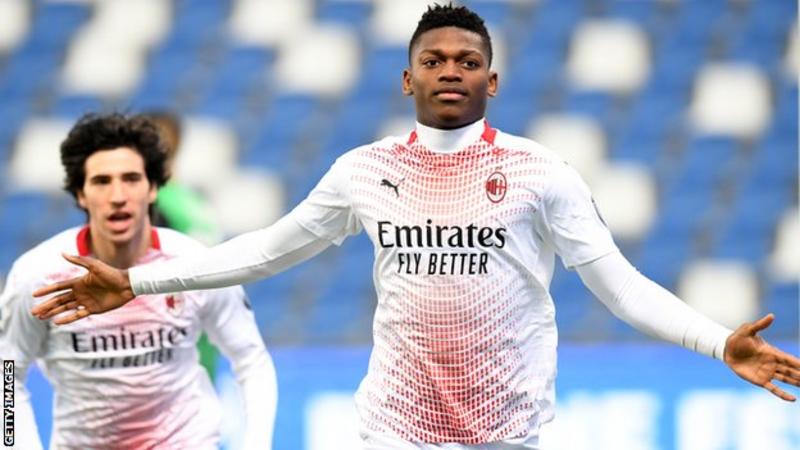 AC Milan forward, Rafael Leao, scored inside six seconds during his side’s 2-1 victory over Sassuolo in a Serie A clash on Sunday.

The goal became the fastest goal in the history of the Italian top flight, beat the record of 8.9 seconds set by Piacenza’s Paolo Poggi against Fiorentina in 2001.

21-year-old Leao took Hakan Calhanoglu’s pass in his stride to stroke Milan ahead virtually from the kick-off.

Alexis Saelemaekers scored Milan’s second goal midway through the first half before Domenico Berardi pulled one back late on for sixth-placed Sassuolo.

Milan remain unbeaten in the league and are top of the table, with Sunday’s win keeping them a point clear of rivals Inter, who beat Spezia 2-1.

In another Serie A clash between Atalanta and AS Roma ended 4-1 in the former’s favour.