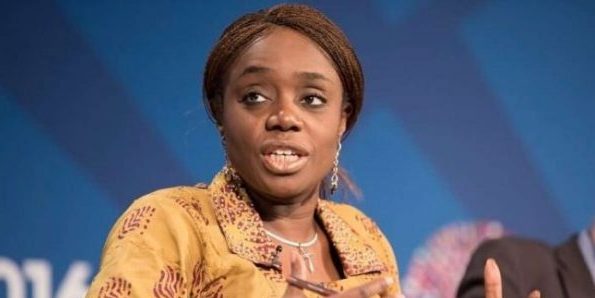 The Minister of Finance, Kemi Adeosun, has announced that the Federal Government released a total of N1.6 trillion (N1,580,270,755,084.44) capital cost to Ministries, Departments and Agencies for the 2017 federal budget.

In May, the minister had projected that the Federal Government will be closing the 2017 fiscal year with spending on capital projects in excess of N1.5 trillion.

Read also: Power supply into grid up by 1304.3MW as NNPC repairs pipeline

The Finance Minister noted that despite the economic challenges in 2017, the Federal Government was able to fully cashback the capital releases.

Adeosun added that the sustained high allocations to key sectors of the economy were a reflection of the Federal Government’s commitment to infrastructural development in the country, stressing the Federal Government was working assiduously to attract private capital to complement government spending in these sectors.
By Oluwasegun Olakoyenikan…