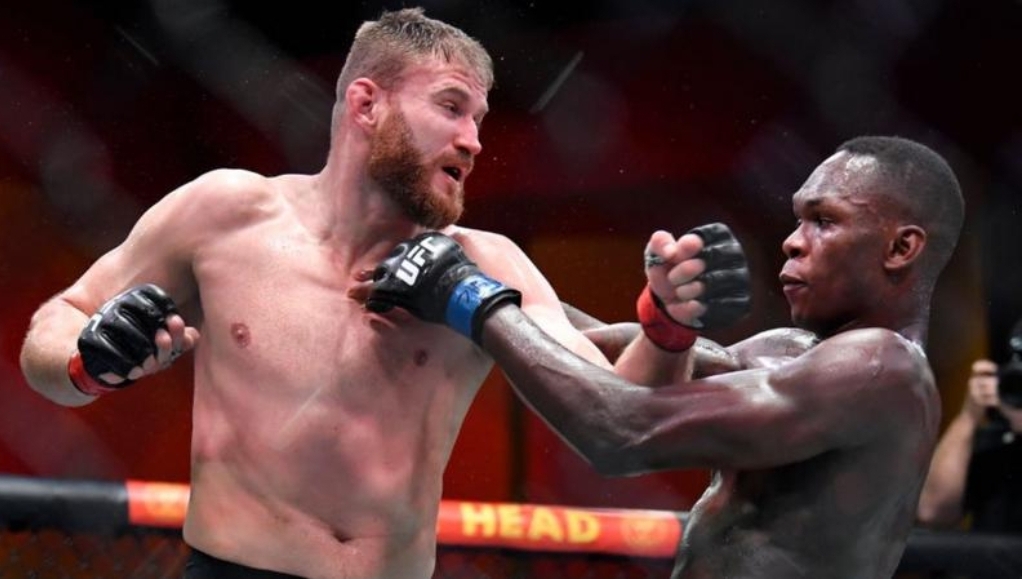 Nigerian-born Israel Adesanya was handed his first career defeat by Jan Blachowicz in their light heavyweight fight by unanimous decision in Las Vegas on Sunday.

Blachowicz, who has had eight defeats and 28 wins in his career so far, was awarded an upset unanimous decision victory over Adesanya, who had 20 wins and no defeat before now, as the judges handed scores of 49-46, 49-45, and 49-45.

The Polish champion produced a controlled, calculated performance to beat middleweight champion Israel Adesanya, who was seeking to be only the fifth fighter to hold titles in two different weight classes concurrently.

Blachowicz and Adesanya traded shots through the first three rounds, with 31-year-old Adesanya appearing to edge the action heading into the championship rounds.

But Blachowicz, 38, switched gears in rounds four and five and turned to his wrestling as he took Adesanya to the canvas midway through each of the final two rounds as he dominated the action on the canvas.

“I thought I was going to win. The fight didn’t go exactly the way it wanted to go,” Adesanya said.

“The size did play a factor but I could have done better. This is not a one-off. I’m definitely going to come back.

“I dared to be great and now I go back to the middleweight and rule it with an iron fist.”

With his defeat, the “Stylebender” has failed in his recent bid to join Conor McGregor, Daniel Cormier, Amanda Nunes, and Henry Cejudo as one of the five fighters in UFC history to hold titles in two divisions simultaneously.

In the day’s other fight, women’s featherweight champion Amanda Nunes picked up a significant victory at the UFC Apex against top contender Megan Anderson.