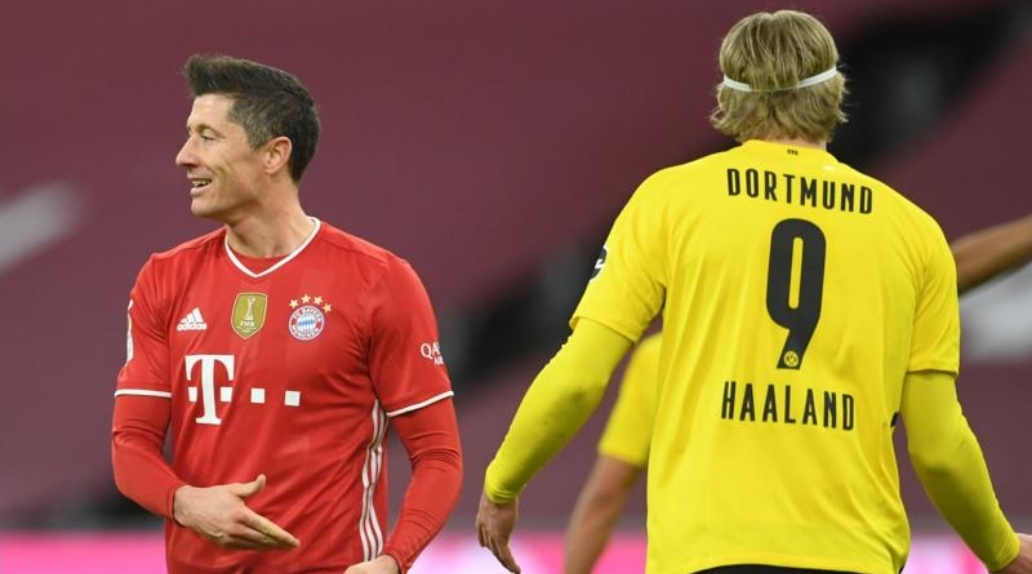 Robert Lewandowski bagged a hat-trick to help Bayern Munich fight back from two goals down to beat Dortmund 4-2 in Der Klassiker.

Erling Haaland had scored two early goals for Dortmund before Bayern turned the game around, scoring four goals to secure a big win at home.

Lewandowski started the fightback when he steered in Leroy Sane’s cross in the 26th minute and then levelled from the spot before the break after Mahmoud Dahoud fouled Kingsley Coman.

The game was heading to a draw before Leon Goretzka drilled Bayern ahead in the 88th minute and Lewandowski sealed the win with a 90th-minute goal.

The win for Bayern helped their return to the top of the Bundesliga, as it moved the Hansi Flick team two points clear of second-placed RB Leipzig, who had briefly climbed above them by winning at Freiburg earlier on Saturday.

Defeat for Dortmund meant they dropped a place to sixth, four points off the Champions League places.