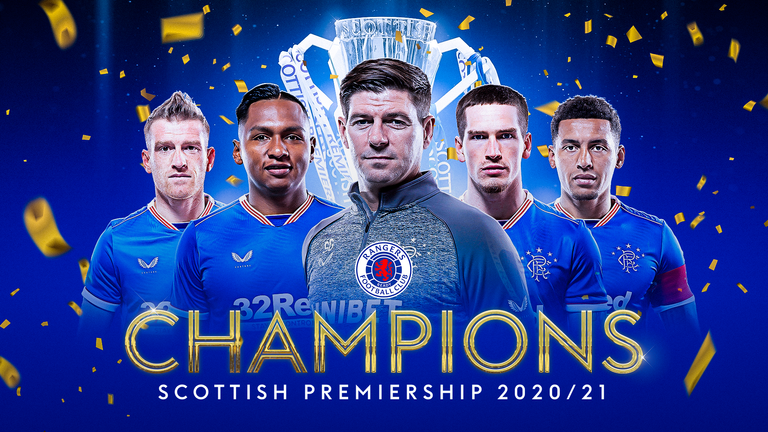 Triumph for the Steven Gerrard side was their first topflight title in 10 years.

Rangers have dropped just eight points in an unbeaten Scottish Premiership campaign so far, with their victory on Saturday meaning they needed one point to win the league.

But following the goalless draw between second-placed Celtic and Dundee on Sunday, Rangers were confirmed champions.

Rangers have scored 77 goals and conceded just nine, have won 28 games in 32 fixtures so far.

The Glasgow club were in the bottom tier of Scottish football as recently as 2012 after their financial collapse, and returned to the top flight five years ago.

Balogun, who joined at the start of the season from Wigan, is now a Scottish title holder, while Aribo, who has bagged nine goals so far this season, is also a champion.